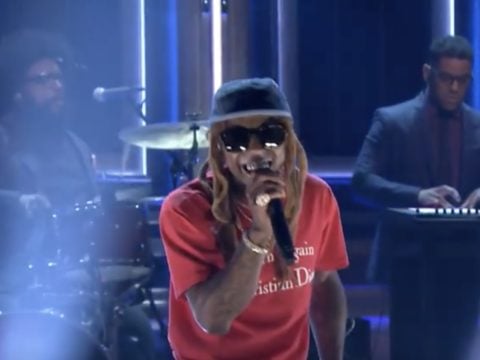 Grammy-winning rapper Lil Wayne is keeping all the attention on his Tha Carter V. The hip-hop superstar lit up “The Tonight Show Starring Jimmy Fallon” last night to perform his standout “Dedicate” single.

Wayne slayed the stage Tuesday night with help from hip-hop group The Roots.

The self-proclaimed “Best Rapper Alive” made sure to share some behind the scenes moments.

Bumbu on a Tuesday

Weezy’s latest solo effort is expected to have one of the biggest streaming weeks of 2018.