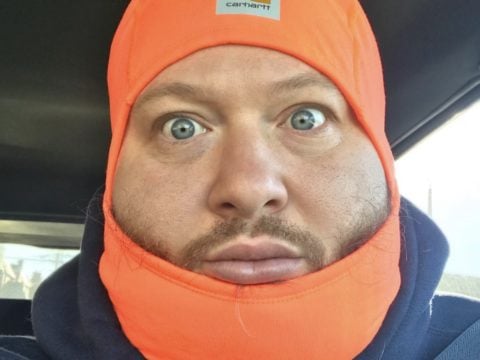 New York rapper Action Bronson is giving fans a highly-anticipated new album in a matter of weeks. The hip-hop veteran has announced a clear-cut deadline for his White Bronco studio effort.

Bronson hit up Twitter Wednesday (October 3) and promised the project would arrive before November.

A few days ago, Action shared the official artwork to his upcoming White Bronco album.

IM PROUD TO SAY I CREATED THIS PIECE OF ART WITH MY MIND AND MY HEART AND IT WILL BE USED AS THE ALBUM COVER FOR MY INDEPENDENT RAP ALBUM TITLED *WHITE BRONCO* DROPPING EXTREMELY SOON. THANK YOU FOR YOUR LOVE AND SUPPORT OVER THE YEARS ITS BEEN A WILD RIDE AND THE MOTHAFUCKA JUST STARTTTTTED.

THANK YOU TO EVERYONE SHOWING LOVE FOR MY NEW JOINT. MUCH MORE HEAT TO COME TRUST ME.