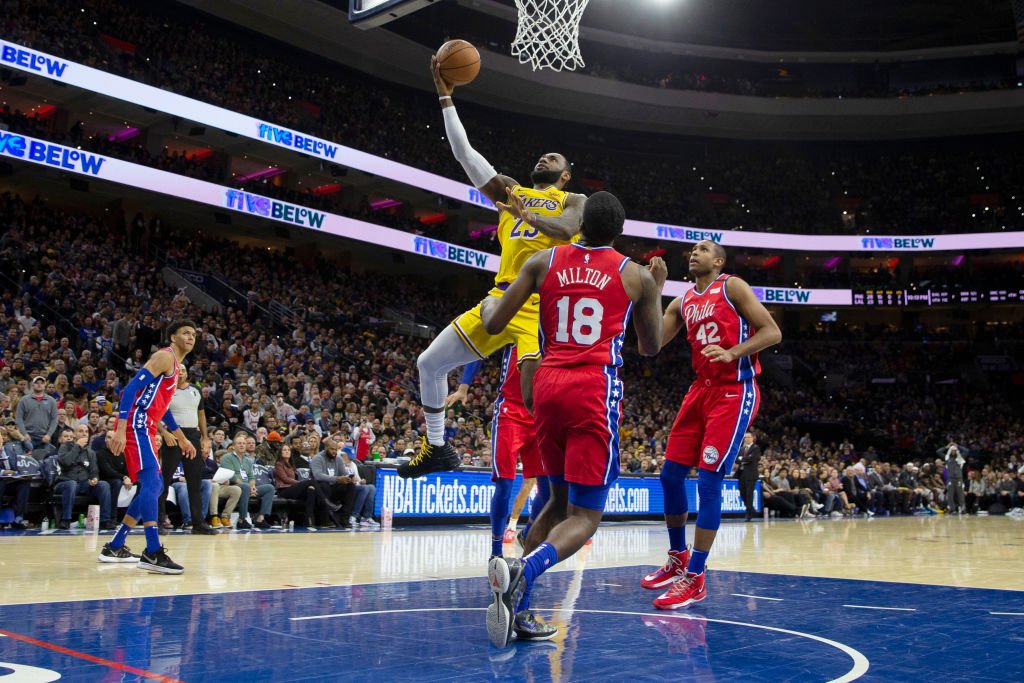 Records are made to be broken. Last night (Jan. 26), LeBron James passed Kobe Bryant to become third on the NBA’s All-Time Scoring list.

The moment LeBron passed Kobe for No. 3 on the NBA all-time scoring list

King James made the inevitable bucket on a lay-up off a drive to the hoop against the Philadelphia Sixers. The lay in put him at 33,644 points, and counting. Next up on the list Karl Malone with 36,928 points, which he’ll surely get to this season. Sitting atop the list is Kareem Abdul-Jabarr with 38,387

The future NBA Hall of Famer was rocking a pair of his latest signature kicks, the Nike LeBron 17, that pays homage to Laker great Kobe Bryant.

This homage is particularly bittersweet as Kobe Bryant passed away today (Jan. 26) in a helicopter crash.

James first met Bryant as a high schooler. “I was just listening,” James said of meeting Bryant at a basketball camp. “I was just trying to soak everything up I could. I remember one thing he said was that if you want to try and be great at it, and want to be one of the greats, you’ve got to put the work in.”

The respect was mutual as Bryant’s last IG post saluted the accomplishment.

On to #2 @kingjames! Keep growing the game and charting the path for the next.

Salute to King James on this feat. But it’s easy to guess what he would trade it for.

LeBron James gets to the bucket to move up to 3rd on the all-time scoring list! pic.twitter.com/almofNRKrg