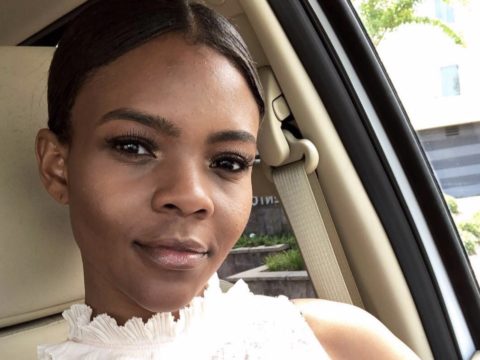 Conservative news personality Candace Owens is making it no secret who she’s pulling for in 2020. The political celebrity has come forward to show President Donald Trump major attention and admiration.

On Wednesday, Owens hit up Instagram with a pic of herself alongside DT.

Last month, rap star T.I. made headlines after checking Owens during a REVOLT Summit event in Atlanta where she dished on her support for President Trump.

After the REVOLT Summit, the King of the South reflected on the event’s aftermath.

“Let me start off saying she’s a sister and I support her brilliance—understanding that she’s a sister that happens to be using her brilliance adversely – I’m not necessarily against her personally but a lot of views and a lot of the rhetoric that she spews is dangerous. I’m not saying every black person has to be a Democrat – I’m not speaking on behalf of or in support of the Democratic party or the Republic party. I’m speaking for fair, righteous and decent. There’s just certain things that you have to understand you can’t say – I don’t want it to come off in any way disrespectful or it’s a me against her thing. It’s a me against what she’s saying thing—a me against what I feel she’s representing type thing.” (“Big Boy’s Neighborhood”)

The post Kanye West BFF Candace Owens Gets Gooey Over Donald Trump: “Is It Me Or Does Our President Look Younger Today” appeared first on .