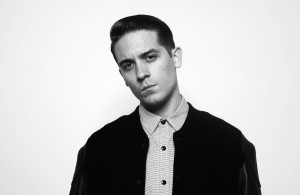 G-Eazy arrested after fight breaks out during fashion week.

Gerald Gillum professionally known as G-Eazy, was involved in a brawl outside The Standard, Highline early Friday. Where he allegedly punched a man following an argument and a melee ensued.

Page Six reports, the incident began when the “I Mean It’ rapper and his crew refused to leave the VIP area inside the Boom Boom Room. G-Eazy and his entourage allegedly “punched and kicked” a separate victim inside to the ground.

According to police reports, the Oakland native was “charged with assault after a 29-year-old male and 32-year-old male reported being struck by the defendant.”

Neither victim was treated at the hospital for their injuries. G-Eazy was booked into custody late Monday afternoon. It’s unclear if he has since been released.

The Standard, which host a number of A-listers and celeb heavy bashes, was also the scene of Solange Knowles’ infamous 2014 elevator incident with Jay-Z and Beyoncé.

The news follows G-Eazy’s recent announcement of his fourth studio album, These Things Happen Too, set to be released on Sept. 24.

The post G-Eazy Arrested After Night Club Brawl In NYC appeared first on The Source.