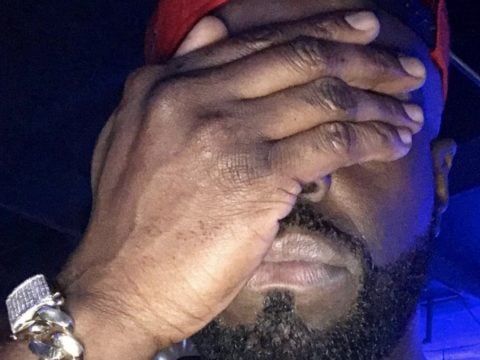 Funk Flex hopped on Instagram Monday (September 24) and reacted to a savage clip of 50 Cent poking fun at Starlets for having to permanently close.

Doggie… @starletsofny I know y’all book me sometimes.. y’all are nice guys… but I can’t act like I don’t Fucking see this… this is so crazy!!! Nigga said closed closed!!!! Music is so nuts!!!! This is a complete new level of nitelife disrespect! UPDATED: I think y’all shorted me once! FUCK STARLETS! Finished Finished!

Throughout the weekend, 50 Cent has ripped Starlets and one of its employees in a series of IG posts.

STARLETS is over it’s so hard to say good bye Oct 1 the 10 year lease is over EDDIE.l mean closed closed it’s a Dub

oh no EDDIE you sniff that Cocaine then you do this, you want to be them bitches over there in STARLETS hun

l can’t understand to save my life why you would start with me.

l would leave me alone if l wasn’t me. You know lm wit the shit

According to reports, a New York residential rule could force multiple stripclubs to shut down and find new locations.

After a years-long court battle, a Manhattan judge ruled last year that strip clubs can no long­er operate under the so-called 60-40 rule, which allowed the mammary meccas to keep on shimmying in otherwise restricted zones as long as 60 percent of the club was used for “non-adult” entertainment, such as a restaurant. Explained one top club owner: “Last year was the last hurrah. That’s the end of 60-40.” (Page Six)

Despite the rumored upcoming closure, Starlets has continued to urge people to come in across social media.