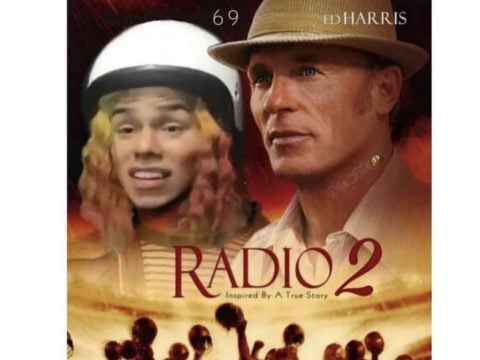 New York rapper 50 Cent has just lit up the King of Europe with some savage memes. The hip-hop veteran has fired away at his “Get The Strap” collaborator Tekashi 6ix9ine.

Last night, Fif went to Instagram with memes poking fun at Tekashi following smoke shot his way over the weekend.

Over the weekend, Tek trolled 50 Cent by reenacting some of his most memorable music videos.

I’m going back to 50cent’s career anybody want something? #getthestrap

Ok my baby boy is back, he had on a sparkle jacket like puffy

l thought he was gay, saying he don’t want to be the KING OF NEW YORK but now he is focused. We are fine LOL #lecheminduroi

On Saturday, Curtis Jackson ripped Tek for sporting a flashy jacket and questioned his sexuality.