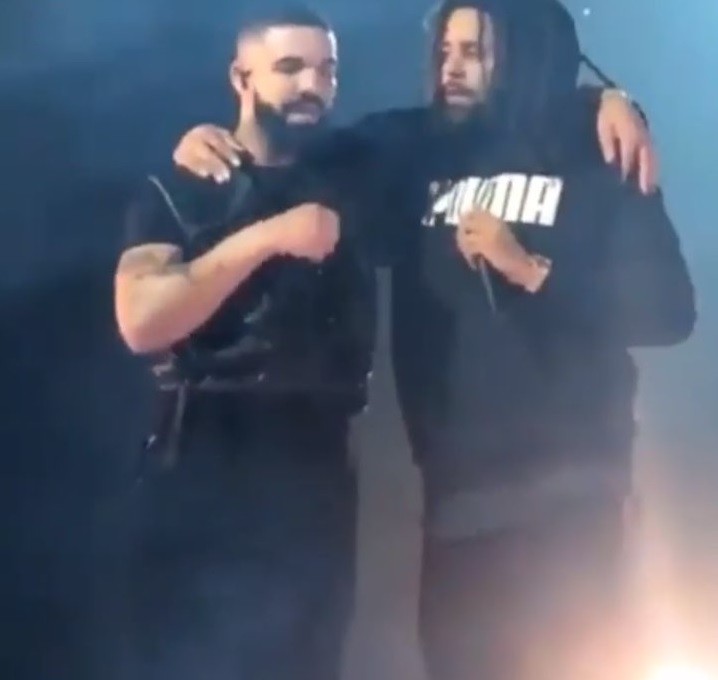 J. Cole surprised his Miami crowd with Rap’s biggest superstar. On Friday night, the Dreamville CEO kicked off his first tour since 2018. The Off-Season tour features opening acts such as Morray, 21 Savage and comedian Druski. Each have enjoyed tremendous success over the past few years. Cole, Savage and Morray’s “My Life” peaked at No. 2 on the Billboard’s Hot 100 charts upon its release.

What’s a show without surprises right? During his set, J. Cole brought out his rap classmate and close friend Drake. The Boy performed “Laugh Now Cry Later,” as well as Knife Talk with 21 Savage. At the end of the set, Drake shared his reaction to Cole’s lyrics on his “Pipe Down” Freestyle, entitled “Heaven Sent.”

“You was sayin’ in the freestyle that they gave you the bronze or whatever, me and Kendrick,” started Drake. “I just want you to understand something. You are genuinely, without a doubt, one of the greatest rappers to ever touch a mic. I love you with all my heart, you’re my brother, one of my favorite artists. Always appreciate you having me out here.”

The two rap legends entered the rap game in the late 2000s/early 2010s and have enjoyed success ever since.

The post Drake Gives J. Cole His Flowers On Stage appeared first on The Source.