In several unnamed and inconspicuous Hip-Hop circles, it has apparently come to the surface that Machine Gun Kelly is not the author of his vicious lyrical attack against rap veteran Eminem entitled “Rap Devil”.

In a side-by-side compare and contrast image of “Rap Devil” by MGK and “Killshot” by Eminem shows Colson Baker, which is MGK’s given name and Ronald Spence Jr., who is suspected to be Kelly’s ghostwriter. 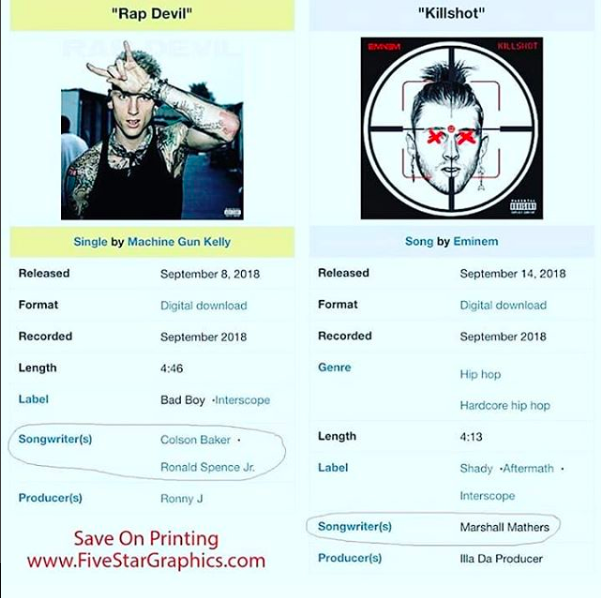 Whether or not MGK just had assistance or had Spence write the entire song is still being analyzed and researched, but either way, in the rap game, it never looks good in the heat of battle.

The post Does ‘Rap Devil’ Wikipedia Page Reveal That MGK Had Ghostwriters For His Eminem Diss Track? appeared first on The Source.