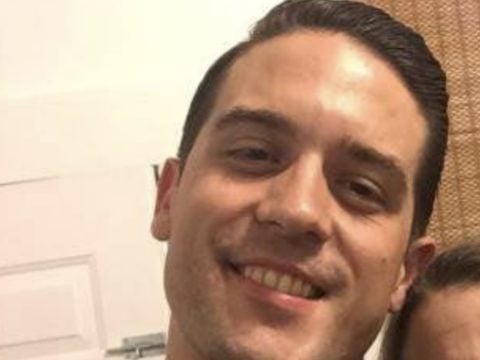 This past weekend, Eazy went to Instagram with a pic of himself alongside Em and a reference to MGK’s “Rap Devil” diss record.

In late August, completely disrespected G-Eazy with a Hot 97 freestyle.

“I answer to no one, nobody can get control of me/MGK, please stop trolling me/Get over me. You wanna be me, you’re mad that you’re not as big as me/I’m everywhere, I’m your nightmare/You can’t get rid of me.” (“Bad Boy”)

What a night… let’s just keep it G. Soundcloud now.

I’m not at the beach. I’m on tour. Alone. Slow news week I guess.

I’m not with anybody. That photo is 2 years old. Everyone mind they damn business. https://t.co/3ZttyGcd3P

The post Of Course G-Eazy Picked Sides In Machine Gun Kelly/Eminem Feud: “Let’s Talk About It” appeared first on SOHH.com.