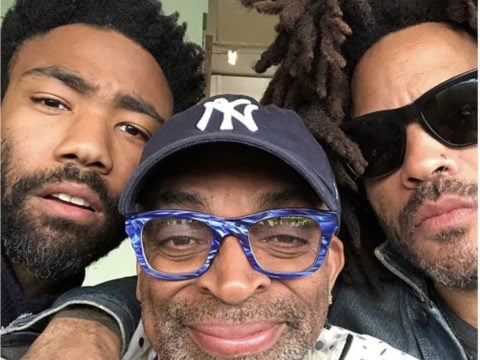 “Atlanta” star Donald “Childish Gambino” Glover is reportedly on the road to recovery. This past weekend, the hip-hop superstar broke his foot during a Texas concert.

According to reports, the accident went down last night (September 23) during his Dallas show.

It’s unclear what happened. One concertgoer tells us Childish Gambino — aka Donald Glover — was attempting to do the splits and hurt himself. Several others say he misstepped during a dance move. He left the stage without performing his songs, “Redbone” and “3005.” It was part of his This is America Tour. He repeated his promise last night … that this would be his last concert tour ever. 6:50 AM PT — We’re told an official at the American Airlines Center said after the show Childish Gambino broke his foot. (TMZ)

A few weeks ago, Childish treated fans to a Justin Richburg-created “Feels Like Summer” video premiere.

Donald Glover, a.k.a. Childish Gambino, has unveiled a new video for “Feels Like Summer”. The incredible animated visual, created by Justin Richburg, depicts Glover walking down a neighborhood street. Along the way, he encounters various musicians and celebrities, including ASAP Rocky and Solange playing a game of tug of war with The Weeknd; Drake chasing after Future on a bike; Janelle Monáe on a skateboard; Oprah braiding Lil Uzi Vert’s hair; and Rae Sremmurd spraying J. Cole with a water gun. However, most striking is a scene in which Kanye, crying and wearing a MAGA hat, is consoled by Michelle Obama. (Consequence of Sound)

Feels Like Summer video is out. Blogs, please credit @_JustinRichburg for all of his hard work on character design. His mind is one of a kind and we worked hard on making this right. https://t.co/bBCOZ09URt

The crooner is reportedly working on a new international film with Gambino.

In addition to the documentary, Rihanna is rumored to be filming a project called “Guava Island” in Cuba with director Hiro Murai, the Huffington Post reports. Photos from the alleged shoot revealed that Donald Glover appears in the project in some capacity; Murai serves as a director on Atlanta and helmed Childish Gambino’s “This Is America” video. (Rolling Stone)

Rihanna on the set of Guava Island pic.twitter.com/AMMDvJlYne