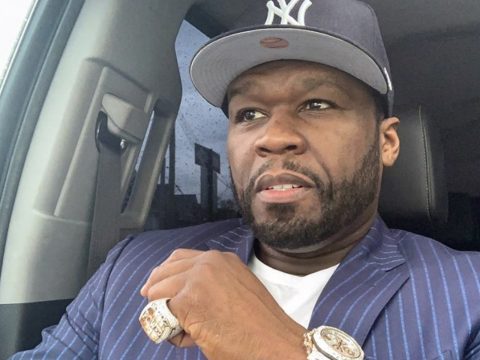 Fif went to Instagram to troll Puff Daddy about surfing on the water but quickly realized he actually went at the music mogul’s son.

Last year, Diddy denied having any issues toward 50 and suggested the trolling was just admiration.

“Yeah, I thought he needed some clothes. I’m a nice guy,” Diddy said when asked if he offered to take 50 Cent shopping. “Aye yo, I don’t have no beef with Fif. He loves me. Y’all can’t see that he loves me. You mean, hold on, you really think that’s hate. When you really break it down, you’ve been out here a long time, you know he loves me. [We’re the same?] No we are not. We are not the same. We are not cut from the same cloth. I respect that. I don’t hit him with – I don’t even think of no other man. If I’m thinking about another man, I’m thinking about uplifting.” (“The Breakfast Club”)

In 2018, 50 Cent addressed his problems with Puff Daddy and why he couldn’t get down with him.

“I don’t call him gay – when he says things, he doesn’t even know what he’s saying is like, fruity. He says to Fabolous, ‘Me and you, we need to party.’ What is you talking about? When people say that to me I get a little uncomfortable. [Diddy] said something to me a long time ago, at Chris Lighty’s wedding. He told me he’d take me shopping. I looked at him like, ‘What’d you just say? Let me move, man, before I do something. You gon’ make me mess up the wedding.’ No, [Angela Yee,] that’s something a guy says to a girl.” (“The Breakfast Club”)

The post 50 Cent Tries Dissing Diddy But Misses + Hits Puff Daddy’s Son: “What The F**k Is You Doing Puff?” appeared first on SOHH.com.