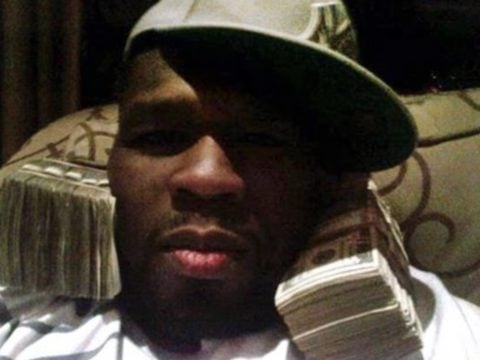 New York rapper 50 Cent really doesn’t mess with Starlet’s strip club – at all. The hip-hop veteran has returned to social media to shade the adult spot following a reported robbery.

Fif went to Instagram Wednesday (October 17) to roast Starlet’s after a man lost thousands in jewelry after leaving the venue.

New reports claim a 30-year-old man had around $150,000 worth of jewelry jacked from him this week after leaving Starlet’s.

Henry Wong, 30, was leaving Starlet’s Gentlemen’s Club around 3:45 a.m. when five muggers approached him as he walked to his car at the BQE Service Road and 25th Avenue in Woodside, he told cops. One of the men pulled a silver firearm and demanded he hand over his $140,000 Richard Mille watch, iPhone 7 and $8,000 platinum necklace, the Edgewater man reported. (New York Post)

According to reports, a New York residential rule could force multiple strip clubs to shut down and find new locations including Starlet’s.

After a years-long court battle, a Manhattan judge ruled last year that strip clubs can no long­er operate under the so-called 60-40 rule, which allowed the mammary meccas to keep on shimmying in otherwise restricted zones as long as 60 percent of the club was used for “non-adult” entertainment, such as a restaurant. Explained one top club owner: “Last year was the last hurrah. That’s the end of 60-40.” (Page Six)

Despite a rumored upcoming closure, Starlet’s has continued to urge people to come in across social media.