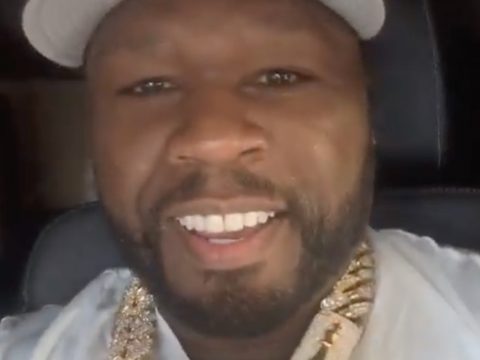 New York rapper 50 Cent wants everyone to know the hype is real. The hip-hop veteran has confirmed mounted speculation and reports about putting together a film project based on incarcerated rap artist Tekashi 6ix9ine.

Fif went to Instagram Monday to reveal the rumored project is officially in the works.

According to reports, Fif’s upcoming docuseries will also focus on his own life story.

The story of Tekashi 6ix9ine is a bizarre one: the Brooklyn rapper allegedly affiliated himself with a gang for street credibility, and then found himself extorted and kidnapped by them, is now in prison for his involvement with their crimes, and cooperated with police to convict them. Curtis “50 Cent” Jackson thinks it will make for great TV, and so will the legal dramas of other celebrities, including himself: the rapper-actor-entrepreneur has inked a deal for a scripted docuseries on such subjects called “A Moment in Time” that will be produced by him through his production company G-Unit Film & Television, a rep confirms to Variety — adding that there will be episodes on “many more” celebrities as well. The news was first reported by TMZ. (Variety)