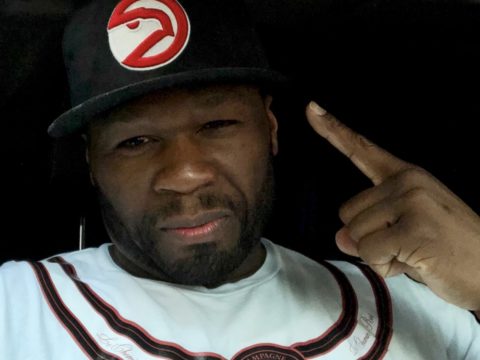 Big Facts: Fif went to his Twitter page Thursday to break the massive news to followers.

High-Key Details: A few days ago, music executive Paul Rosenberg left his position at Def Jam as the chairman and company head.

Paul Rosenberg, Def Jam Recordings Chairman & CEO, has stepped down from his position to launch Goliath Records, a new joint venture with Universal Music Group (UMG). The departure from the role comes just two years after Eminem’s long time manager took over as CEO of Def Jam. Rosenberg will continue to serve as a consultant to Def Jam on its legacy artists, while also remaining the principal of Goliath Artists, Inc., the management firm that handles Eminem among others. Rosenberg will also maintain his role as President of Shady Records, Eminem’s joint venture with UMG’s Interscope Geffen A&M.

Wait, There’s More: According to reports, Rosenberg’s workload and interest in starting up his own label sparked the huge career move.

In response to the story, Def Jam confirmed Rosenberg’s imminent departure and clarified that the outgoing executive would be spearheading a new boutique imprint called Goliath Records underneath the same Universal Music Group parent company. A presumptive narrative behind his exit quickly congealed, centered around the straightforward idea that, with three Eminem albums released in just the past two years, he simply could not continue running the label while his biggest non-Def Jam client was in the midst of a tremendous commercial comeback. (Forbes)

Before You Go: Paul made sure to credit Chief Executive Officer of Universal Music Group Lucian Grainge for letting him help run Def Jam over the past few years.

“Lucian offered me a dream opportunity to serve at the helm of Def Jam. The experience I had running one of the greatest, most storied record companies of the modern era was incredible. I will remain forever grateful. I’ve learned a great deal, but one of the most important things I learned is that my ability to multi-task is not without limits. My new relationship with UMG gives me the ability to continue to sign and develop talent in a more focused and streamlined way, while still dedicating the time necessary to fulfil my management duties and foster the many entrepreneurial endeavours connected with Eminem.” (Route Note)

The post 50 Cent Announces He Might Now Control Your Favorite Rappers’ Careers: “I’ve Decided To Take The Job At Def Jam” appeared first on .