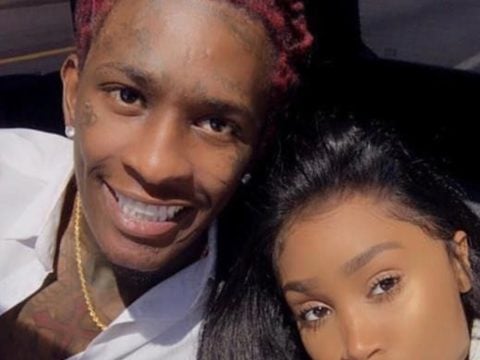 Rich Gang’s Young Thug has some new music coming sooner than later. The hip-hop star has announced his On The Rvn project is set to arrive in the coming days.

Okay, okay! But can we get a drop date? lol

A few days ago, Thugger announced the star-studded project’s existence.

Today (Sept. 11), jail documents show he was booked around 2:30 p.m. on five counts of violating the state’s controlled substance act. He’s currently in the custody of the DeKalb County Sheriff’s Office. It looks like Thugger, born Jeffery Lamar Williams, may have headed back home to Georgia when he caught wind of the warrant, as unhappy fans reported on Twitter that he was a no-show at the J. Cole KOD concert in Denver, Colo. last night, on which he is a guest artist. (XXL Mag)

Recently, reports emerged about cops wanting to get a hold of Thug on an arrest warrant.

The grand jury warrant was issued in DeKalb County after Thug was indicted on a slew of drug possession charges … according to our law enforcement sources. We broke the story, the grand jury rung him up last week on a total of 8 FELONIES! YT was charged with possession and intent to distribute meth, hydrocodone and weed. He’s also charged with possession of amphetamine, Alprazolam, codeine (2 counts) and a firearm. (TMZ)

The post Young Thug’s Star-Studded “On The Rvn” Is Dropping Sooner Than We Think appeared first on SOHH.com.