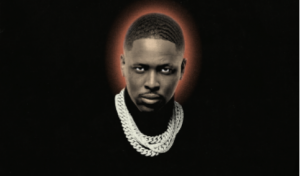 I GOT ISSUES, YG’s sixth studio album is made available by Def Jam Recordings. YG debuted the music video for his single “I Dance,” along with the release of his deeply personal new album.

Hip-hop legends including J. Cole, Post Malone, Nas, Roddy Rich, and others have features on the eagerly awaited new album. The album is offered on all digital platforms and on a unique signed CD.

I GOT ISSUES is YG’s first studio album since My Life 4Hunnid, which debuted in the top 5 of the Billboard 200 albums and at the top of the Rap Albums rankings. It generated five hit singles, including “FTP,” which was released at the height of the Black Lives Matter demonstrations and became the movement’s anthem for social justice.

You can see the new video and hear the album below.

The post YG Releases New Album ‘I GOT ISSUES’ and Video for “I Dance” appeared first on The Source.