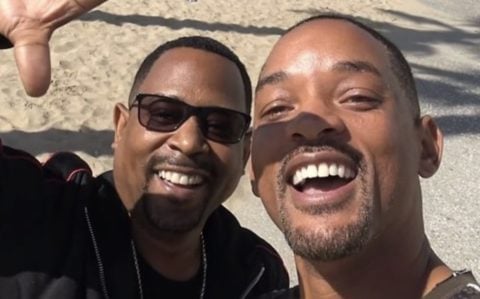 Hollywood superstar Will Smith is gearing up for the inevitable. The hip-hop veteran has convinced fans we’re all going to have a much-needed Bad Boys 2 follow-up film.

Big Willy went to Instagram Thursday (November 1) with footage of himself alongside Lawrence to confirm the sequel to 2003’s classic.

It’s been a LOOOONG time Coming. But now it’s Here! @BadBoys For Life

Last night, Martin shocked fans by confirmed the blockbuster franchise would officially go back into production.

Back in May, reports developed about Bad Boys for Life arriving in theaters next year.

Sony has given an Oct. 18, 2019, release date to the Mr. Rogers drama “You Are My Friend,” with Tom Hanks attached, and set “Bad Boys for Life” to open on Jan. 17, 2020. “Bad Boys for Life” is the third film in the action comedy franchise, with Martin Lawrence and Will Smith as detectives in the Miami Police Department, Marcus Burnett and Mike Lowrey. The filmmaking team of Adil El Arbi and Bilall Fallah are expected to direct “Bad Boys For Life,” with Jerry Bruckheimer back as producer. (Variety)

Weeks prior, Bad Boys star Will Smith hinted at his interest in getting back to the big screen with Lawrence.

Happy Birthday to the Best Damn partner EVER!!! What you think Marty-Mar? One more time? @martinlawrence