There’s no telling how long we’re going to be in this coronavirus pandemic, but it’s starting to feel real ‘I Am Legend-ish’ in here. The 2008 film starring Will Smith is about a virologist who’s the last man on Earth after a virus kills everyone.

The Smith family did a Red Table Talk episode with virus expert Dr. Michael Osterholm to talk about the coronavirus and everything we need to know.

“I wanted to do this because in 2008 I made I Am Legend so I feel responsible for a lot of the misinformation. [Laughs.] Just as a family we’ve been sitting down and we’ve been talking. When I was preparing for I Am Legend my character was a virologist so I had an opportunity in my preparation for the role to go to the CDC,” Will said.

Who would’ve thought that his role would’ve been so important more than a decade later? Will Smith revealed that the role helped him prepare for the current pandemic because he learned so much during research. “There was a basic foundational comprehension of viruses and viral pathogens that I developed and it really changed my life and how I looked at the world. There’s basic concepts that people do not understand,” Will Smith said.

The post Will Smith Talks ‘I Am Legend’ Comparisons Amid COVID-19 Crisis appeared first on The Source.

On this date in 1987, Philly’s most celebrated Hip Hop duo released their first album.

Famed rapper and actor Will Smith, also known as “The Fresh Prince” and his hilarious on-and-off-screen partner Jeff Townes aka DJ Jazzy Jeff, dropped their first project on the Jive/RCA imprint.

As two of the pioneers of Philly Hip Hop, Dj Jazzy Jeff and the Fresh Prince were the first artists from the “City of Brotherly Love” to perform at the coveted Union Square, which prompted the live title track. They were there during a time when if you were wack, not only did you get booed, but the Brooklyn kids would end up leaving the Square with something you came there with. “Girls Ain’t Nothing But Trouble” was a storytelling anthem that was only rivaled by the likes of the great Slick Rick. This ten track LP was just the tip of the iceberg of what this dynamic duo had in store for them in their future.

Salute to Jazzy Jeff, Will Smith and Ready Rock C for this classic piece of Hip Hop history!

The post Today In Hip Hop History: DJ Jazzy Jeff And The Fresh Prince Released Their Debut Album ‘Rock The House’ 33 Years Ago appeared first on The Source.

Serena and Venus Williams’ father played a pivotal role in their tennis careers. Will Smith is set to portray him in the upcoming biopic, King Richard, which will focus on his controversial past and molding his daughters to the players that they are today.

Onset pictures of Smith’s aged look surfaced online. He was sporting grey and black activewear with a baseball cap with a ‘W’ on it.

The flick will be helmed by Reinaldo Marcus Green and is scheduled to hit the big screen on November 25, 2020.

Richard Williams is 78 years old and disabled after suffering from a series of strokes. He maintains close relationships with his famous daughters and their seven half-siblings.

The post Here’s the First Look of Will Smith as Serena and Venus Williams’ Father in ‘King Richard’ Biopic appeared first on The Source.

Tommy Davidson is gearing up for the release of his memoir, Living in Color, and he’s not holding back about the things that went down on set.

Davidson starred alongside Jada Pinkett Smith in the film, Woo, and when he got the brilliant idea to plant a wet one on the actress, he forgot to run it by her.

Jada was already engaged to Will Smith at the time so he was present on set, and wasn’t feeling it when he witnessed his then-fiancee flinch after Davidson went in for the kiss.

“I didn’t know this: You have to rehearse a kiss,” Tommy wrote in his new memoir. “You can’t just spring it on your costar … And I didn’t think it was all that big of a deal.” After the scene wrapped up, Tommy said the Bad Boys actor pressed him. “I didn’t appreciate that,” Will said.

“Will went all gangsta on me, saying what I did was not cool,” Tommy continued. “There was a moment there when we might have come to blows. My reactive fight-or-flight instinct was triggered and I could have exploded.”

But Jada graciously stepped in and diffused the situation. There’s no beef and the happily married couple are friendly whenever they run into Tommy Davidson.

The post Tommy Davidson Recalls a Time Will Smith “Went All Gangsta” on Him Following Unexpected Kiss With Jada Pinkett-Smith appeared first on The Source.

Born on this date in 1968, William Griffith Jr. aka Rakim Allah is considered the greatest emcee to ever touch the mic. His debut album along with DJ Eric B., Paid In Full, is a necessary piece of Hip-Hop’s creative history, used as an instructional tool to many up and coming emcees and deejays as a style and sound to emulate. There were a few emcees who cashed checks sounding like the “R”, so since it’s said that mockery is the best form of flattery, TheSource.com put together this list of Rakim soundalikes who owe the God some recognition for borrowing from his style.

Grand Daddy I.U.
The rapper known from his “Something New” fame dropped several albums with a voice, flow and cadence that was identical to Rakim.

King Sun
The 6’8″ emcee, whose raps were also saturated with Five Percent Nation vernacular, had a flow and vocal tone that was very similar to Rakim and being that he came out after Ra, his music immediately drew many comparisons.

MC Rell
With all due respect, this guy was the epitome of what Hip-Hop considered a “biter.” Rell not only dressed exactly like Rakim on his Follow The Leader album cover but only true Rakim fans and Hip-Hop aficionados could tell the difference between this copycat and the 18th Letter. Needless to say, his career was very short-lived.

Antoinette
As the only female on this list, her voice couldn’t possibly sound like the God, but she tried extremely hard to mimic his flow in order to get recognition in the male-dominated field of emceeing. Needless to say, her nemesis and pioneer femcee MC Lyte, used that in her “Beat Biter” battle record, saying, “..you should win a prize as a Rakim soundalike..”

Will Smith on “Summertime”
In possibly one of his most celebrated singles, the lyrical funnyman borrowed Rakim’s slow flow and monotone voice instead of his regular, quirky octave that most fans of his TV sitcom, The Fresh Prince Of Bel-Air, are familiar with.

The post Happy Birthday To The God MC Rakim! 5 Rappers That Made Careers Sounding Like The 18th Letter appeared first on The Source. 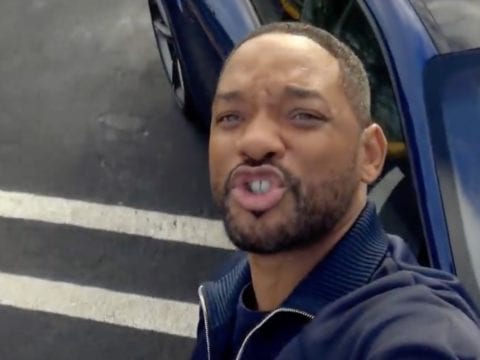 Hollywood heavyweight Will Smith is really with the jokes. The Bad Boys For Life star recently delivered some jaw-dropping and high-energy pranks in a decked-out Porsche. Watch and comment below! 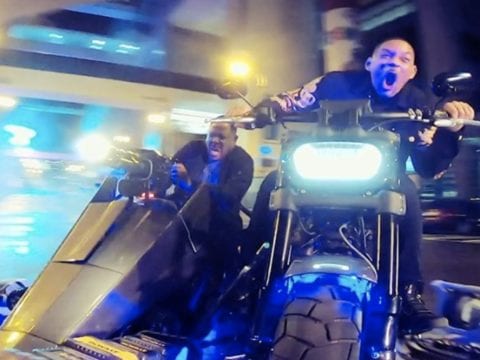 Hollywood superstar Will Smith is ready for those big Bad Boys For Life box office numbers to repeat themselves. The high-profile actor has stepped forward to hype fans up about going to see the action-packed thrill ride.

Big Facts: Last night, Big Willy hit up Instagram to plug the visual masterpiece and ask his 41.9 million followers if they’re pulling through to local theaters.

Before You Go: The must-see movie is already expected to dominate the weekend box office for a second straight week.

“Bad Boys for Life,” the third installment in the Will Smith and Martin Lawrence-led franchise, beat expectations over the Martin Luther King Jr. holiday, bringing in $62.5 million over the weekend and $73 million during its first four days in theaters. The film, which has enjoyed strong word of mouth, could add another $28 million to $30 million during its sophomore frame. (Variety)

The post Will Smith’s Ready For Another BAD BOYS FOR LIFE Weekend Box Office Takeover appeared first on . 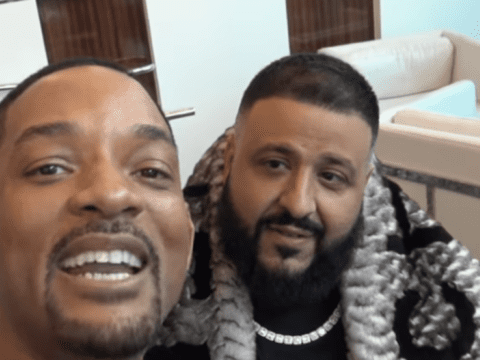 We The Best CEO DJ Khaled knows he has a hit on his hands. The hip-hop star has shared his reaction to his new Bad Boys For Life – which he makes a huge cameo in – looking like an easy contender for this weekend’s top-grossing box office release. Look and comment below! 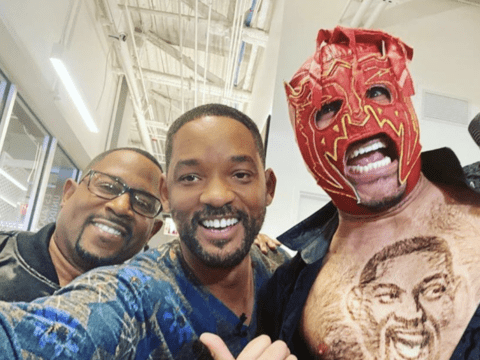 Hollywood superstar Will Smith is showing just how much of a close-knit bond he has with Martin Lawrence. The Bad Boys for Life star has shared an epic flashback pic of himself and co-star to remind people of their unbreakable partnership. Look and comment below!

It looks as though Will Smith, The Fresh Prince, will be making his way back to his roots as an MC. In October of 2018, the movie star surprised fans with a studio session collab with Marc Anthony and Bad Bunny to show fans he still got it.

When TMZ caught up to the Bad Boys for Life star and asked about a potential return to music, Will answered the reporter by saying, “Maybe, potentially,” giving hope to fans who are wondering if he will ever get back in the studio.

The Philadelphia superstar released his solo debut album November 25th, 1997 titled, Big Willie Style. Some of the hottest singles from that album include “Gettin Jiggy With It,” “Miami,” and “Men In Black.” Before that, Will Smith was apart of a hip-hop duo with Dj Jazzy Jeff in which they have influenced hip-hop with a twist of their West Philadelphia rap style. Their hits include “Girls Aint Nothin But Trouble,” “Parents Just Don’t Understand,” and “SummerTime.”

Smith returning to the music scene may be nostalgic for fans, this possible album would be his first project since 2005, following his fourth studio album, Lost and Found.

The post The Fresh Prince May Make His Return To the Mic appeared first on The Source.