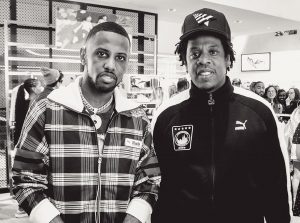 These two Hip-Hop albums dropped on one of the worst days in American history, September 11, 2001.

We can all seemingly remember where we were exactly when the news hit of two planes crashing into the World Trade Center’s Twin Towers. We will never forget and always remember the lives lost on that day 20 years ago.

With music as the soundtrack to our lives, we look back at a few projects that were released the same day as the world changed for many of us.

Fabolous dropped Ghetto Fabolous, capturing the No. 4 spot on the Billboard 200 chart after the album’s first week release.

This was Fab’s first debut studio album with production from DJ Clue, Just Blaze, The Neptunes, and Timbaland. The Brooklyn native’s street but smooth flow was introduced delivering hits like “Can’t Deny It,” “Trade It All,” and “Young’n (Holla Back).”

Fabolous shared his thoughts in a previous interview. “I remember that morning I woke up and got a phone call saying that all of our promo plans for the album were canceled and I didn’t know why. Jay-Z dropped The Blueprint album the same day, so I was like, “Ahhh Jay-Z sabotaged us.” But it was the 9/11 tragedy.”

The same day, Jay-Z had everyone anticipating his sixth offering with The Blueprint. Hov sold 420,000 copies in his first week despite the news of the horrific terror attacks.

With production from a young Kanye West on five tracks, also giving him his first major break in the music industry. Add Swizz Beatz, Just Blaze, Timbaland, and Trackmasters to the mix and Hip-Hop was serving a new sound.

Arguably one of Jay’s best albums to date with fans and critics alike. The Blueprint knew the assignment with “Izzo” to “Girls Girls Girls,” and “Song Cry.” Additionally “The Takeover” aimed at Nas, Jay-Z’s nemesis at the time helped rank the MC as Goat for many.

Where do these two Hip-Hop albums rank today? Did they help us mentally escape an uncertain future ahead?

The post Where Do These Two Hip-Hop Albums That Dropped on September 11, 2001 Rank Now? appeared first on The Source.