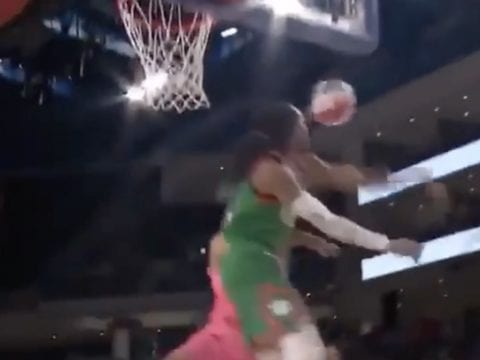 Atlanta rapper Quavo doesn’t play around when it comes to balling. The hip-hop star went online this week to share footage of himself delivering some epic serious defense against Chicago rap legend Common during the annual NBA All-Star Celebrity game. Watch and comment below!

Quavo has made a name for himself with his shot-blocking skills in the celebrity series.