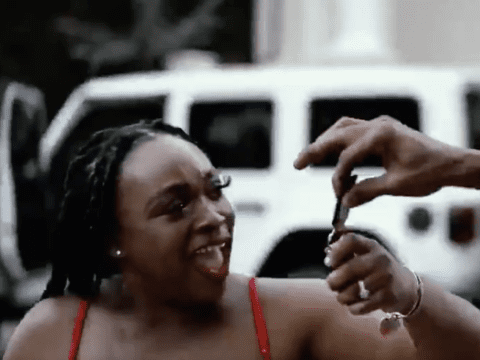 Atlanta rapper Quavo really, really, really loves his family. The hip-hop heavyweight has lit up social media with some epic footage of his sister reacting to getting a decked-out Mercedes Benz from him as a birthday present.

Heading into Thursday, the Migos leader shared footage of his sister’s epic reaction. Quavo credited his love for his sister for motivating the big purchase.

A few days ago, Quavo lit up his Instagram page with a major salute to his day one. Q even credited her for being a big brother to him.

Heading into Thursday, Quavo went to Twitter to put big respect on his girlfriend Saweetie‘s name. He took things even further by claiming to have the baddest chick – ever.

On Thursday, GQ shared a jaw-dropping look at Saweetie and Quavo’s new feature. The publication also teased fans about what the couple discuss in their must-read feature.

“Saweetie is a breakout L.A. rapper. Quavo is a Migo. Their romance started out as modern as any: with a DM slide and a messy first date at the strip club. For the August issue of GQ, the power couple opens up to @GerrickKennedy about flirting, music, and megastardom. Photographs by @Paridukovic. Styled by @Mobolajidawodu.” -GQ’s Instagram

The post Quavo’s Sister’s Reaction To Getting A Mercedes Benz For Her Birthday Is A Must-See appeared first on . 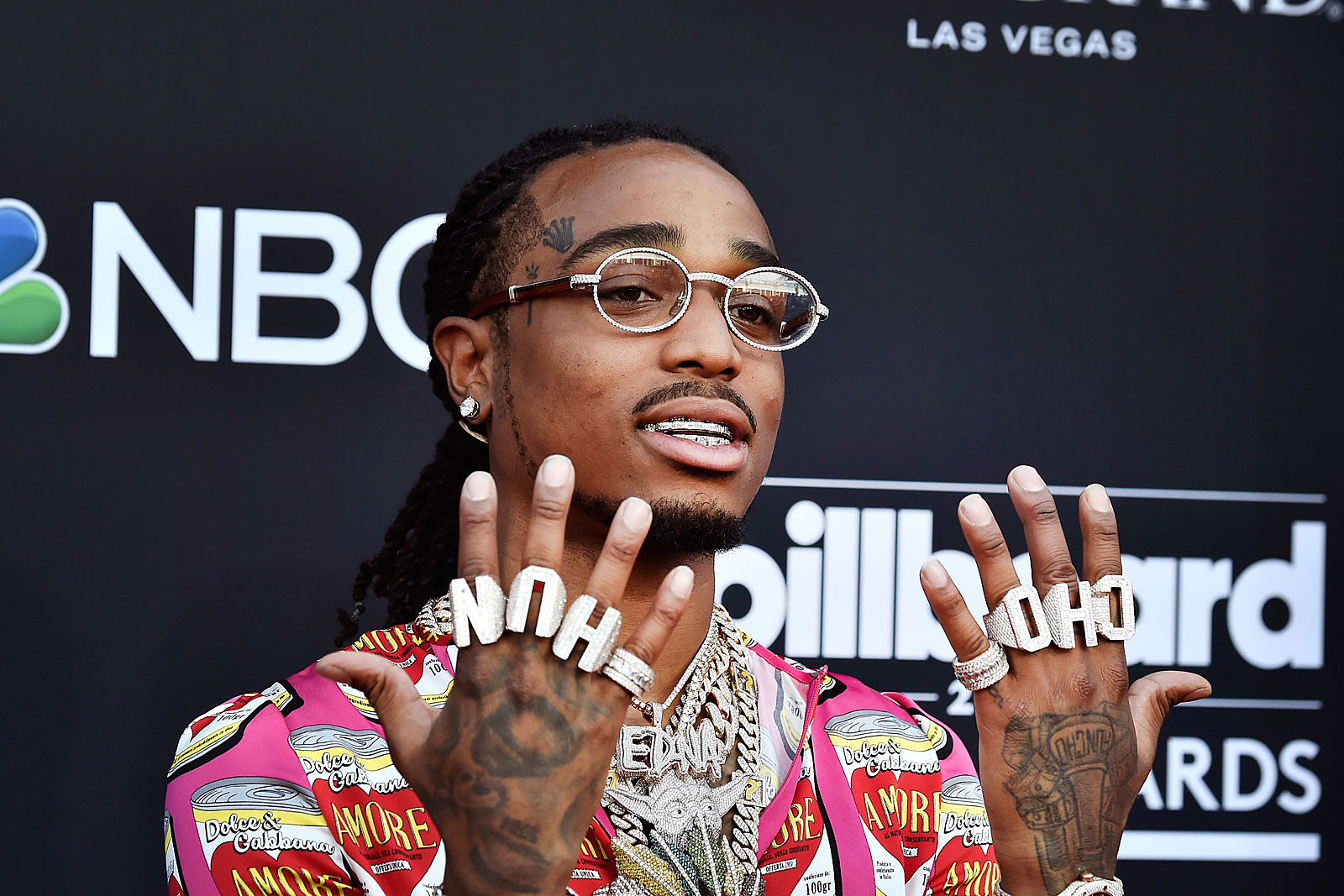 Quavo is extremely confident about the work that Migos has been putting in.

Although over 2 and a half years Migos has passed since the release of Culture II, the Heatles continue to be one of Hip-Hop’s most in-demand groups for guest appearances. Honcho is sitting quite well on the Hot 100 charts. His collaboration with Justin Bieber, “Intentions” remains in the top 10. In addition, he was the only featured guest to have multiple cameos on Pop Smoke’s posthumous number one album.

“Me and JB was on the charts longer than anybody,” Quavo exclaimed. Ni**as be sleeping!!! Ion do the first 48hrs I stick and stay if catch my spill!!!”

He backed up his statement by making a guarantee prior to stating the facts to back it.

This year Migos has dropped two singles, “Give No Fxk,” and “Taco Tuesday.” Both singles have yet to measure up to the success of their previous work. With Quavo’s statement, the group looks to alter that trajectory.

Back in May, the ATL trio made an appearance on Lil Wayne’s Young Money Radio. They share that the upcoming album will no longer be titled, Culture III.

The post Quavo Guarantees Migos Will Drop the Best Album of 2020-21 appeared first on The Source. 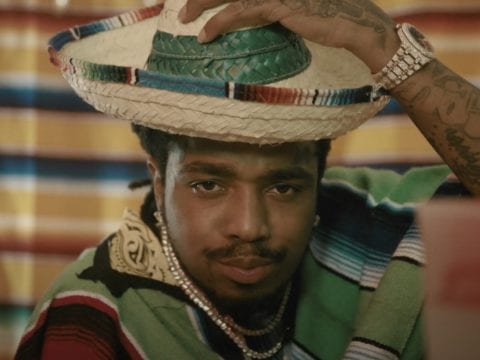 Congratulations Quavo! The Atlanta hip-hop star has accomplished a major life goal. He relied on social media to share some of his high school graduation pictures and break the news of his graduation.

In a new Instagram post, Quavo shared pics of him in his cap and gown. He also revealed his plans for college in addition to releasing a song tonight.

Now What College Should I Go To?

And To Celebrate We Gonna Drop SMASH TONIGHT

Fellow music stars 2 Chainz, Lil Yachty, Jacquees and D.C. Young Fly among other congratulated Quavo on his accomplishment. They lit up his Instagram post with big salutes.

Outside of education, Quavo always reminds the world he’s ride or die for his boo. The hip-hop heavyweight recently shared some hilarious footage of himself and boo Saweetie turning up together. The rap star hit up Instagram with a clip of himself throwing down on tacos alongside Saw.

Prior to that, Quavo shared a super gushy shot alongside his boo. The pic features him and Saweetie clocking in major relationship goals together.

“I Love you baby!!!! Thank you for this weekend

now we back to work 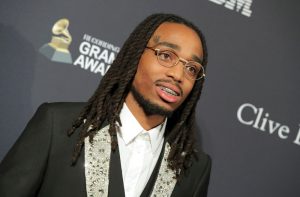 The 29-year-old posted a photo in his blue cap and gown on Instagram announcing that he received his diploma amid the quaratine. “Finally Can Say I Graduated High School Class Of QUARANTINE 2020,” he wrote. “We Lit. Now What College Should I Go To?”

The Migos rapper also announced that he’s celebrating with a new single that’s out now. He didn’t clarify if this will be a solo effort or a record with his rap group from their delayed project, Culture III.

The new song is dedicated to Quavo’s High School where he was a record-setting quarterback. He eventually dropped out to pursue music full-time, and as we can see, that turned out fine. 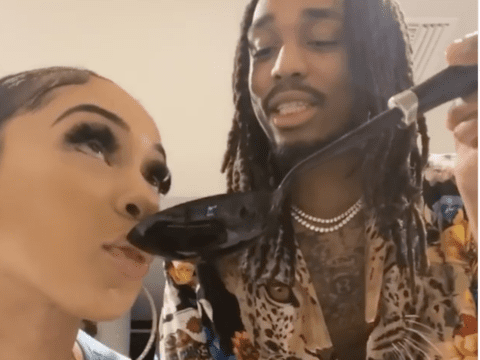 West Coast rapper Saweetie is proving relationship goals are still strong in 2020. The hip-hop star went online to share some new pics of herself including one of her publicized boyfriend Quavo grabbing her booty.

One-third of Migos, Quavo, has launched his own record label called Huncho Records and has some new signees. He took it to Instagram with the announcement for his followers. The first three artists: 904 Reebock, the Popout Boyz and Street Bud.

The group, PopOutBoyz, are a Brooklyn bred natives who dropped their new single “Nasty Time.” As Street Bud, first signee of the record label, who dropped a track with Quavo called “Open House.” He is a 15-year old cat who released his project, Back 2 The Lab, that has major appearances by Quality Control, Lil’ Donald and more.

The post Quavo Announces the Launch of Huncho Records appeared first on The Source. 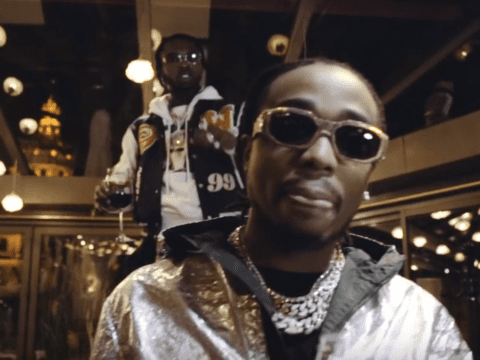 In the visual, which was shot by designer, OFF-WHITE founder and Louis Vuitton artistic director Virgil Abloh, follows the rappers as they sip wine, enjoy a meal (and the company of their fellow diners), hang out in the kitchen of the restaurant and then and peel through the streets of the City of Light in a Ferrari Pista. Paris provides a stunning backdrop for their jovial night out, and Pop Smoke and Quavo are all smiles as they trade verses on the track while hyping up themselves — and everyone around them — through their wild night out. (Billboard)

CLICK HERE TO WATCH THE FULL ‘SHAKE THE ROOM’ VIDEO

The pair reportedly had a project titled ‘Huncho Woo’ in the works with nine songs already completed.

In mid-February 2020, Pop had his life taken away from him. The rap star died from a fatal shooting in California.

Fellow New York rapper 50 Cent recently stepped up to take over production of a posthumous album. He’s making sure to feature hip-hop stars such as Roddy Ricch and Post Malone.

While a good majority of the country is bound to their home admist the spread of COVID-19, artists and celebrities have shared some of the things they have been doing to keep busy. Some have performed concerts on Instagram live, running into Jenga mountains and more. Quavo has taken a different approach.

Honcho stepped into the kitchen recently to make some dinner during Quarantine. The menu consisted of corn bread muffins, mac and cheese string beans and fried fish.

Who knew Quavo had skills in the kitchen? Honcho blesses the gram with some true Southern hospitality.

“If you think I ain’t do it, call my mama,” said the Grammy-nominated rapper.

Over the years, Quavo has put a number of talents on full display outside of music. The 2018 NBA All-Star Celebrity game MVP has participated in the past 3 years during All-Star weekend. Check out some of his highlights from his MVP year.

Earlier in the year, the Migos rapper landed a guest role in the hit Netflix series, Narcos, where he plays a drug dealer from Los Angeles. Offset recently joined Quavo in an acting debut on NCIS: Los Angeles.

Fans can expect the Quality Control trio to drop their 4th studio album, Culture III. With the recent release of the Thugger and Travis Scott assisted, “Give No Fxk,” the album’s potential has increased immensely. According to Migos, this project will conclude their Culture album series.

The post Quarantined Quavo Shows Off Cooking Skills In The Kitchen appeared first on The Source. 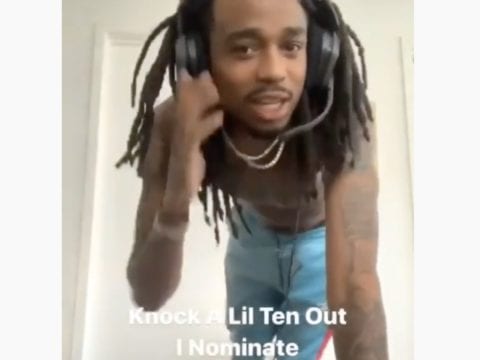 Migos’ Quavo is determined to keep his body in shape as gyms across the nation have shut their doors. The hip-hop superstar went online to share footage of himself taking part in a viral push-up challenge.

Quavo jumps on his social media page this weekend with the must-see clip. In the video, he’s shirtless and knocking out a quick ten push-ups.

A few days ago, Quavo shared a pic of himself in a grocery store. Unfortunately, he quickly realized he might have arrived too late to grab any key essentials.

A few days ago, Migos’ Offset shared his coronavirus-related frustrations. The hip-hop heavyweight acknowledged the difficulty he’s having trying to survive during these times.

The rap artist has also encouraged peers to stay safe during the COVID-19 spread. Quavo’s longtime pal went online this week to share a pic of himself rocking a mask.

“Stay safe and stay prayed up.”

The post On Lock: Migos’ Quavo Does The Push-Up Challenge + Pushes Workout Goals appeared first on .

Fivio Foreign introduced himself last Summer with his break out hit “Big Drip.” The single caught the eye of Columbia executives which landed him a deal with the label and publishing deal with Mase. The anthem has since earned over 21 million views on YouTube in six months and was arguably one of the songs of the Summer.

The Brooklyn rapper is keeping the momentum going with the delivery of the “Big Drip” (Remix). Fivio joined forces with Quavo and Lil Baby to prove that they’re nothing to be played with.

The “Jumpin” artist sat with Angie Martinez in a recent interview where he announced the release of the remix which you can listen to above.

Did you add the record to your Quarantine and chill playlists? What’s your favorite line?