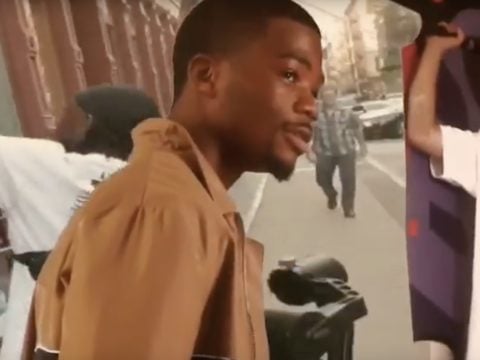 Mass Appeal’s Stro is “this” close to having a much-needed Nice 2 Meet You, Again EP drop. The hip-hop artist has teased fans with a trailer for his upcoming studio release.

Ahead of its October 19 release, Stro’s new teaser hypes up anticipation for his Mass Appeal debut.

Stro garnered acclaim when he first appeared on X-Factor at 14. Since then, he has released several projects, most notably his 2017 album, Grade A Frequencies. The multi-hypenate has also delved into acting, appearing on FOX’s TV series, Red Band Society. With a new deal locked in, Stro is grooming himself for his Mass Appeal debut, Nice 2 Meet You, Again.

“Every project I released up until this point was made from the perspective of a kid trying to be the best rapper,” Stro said. #N2MYA was made from the perspective of a young man trying got be the best example. As a product of the culture, I feel like it’s so much missing right now. Rather than making songs about what’s wrong with the culture, I focus on creating the vibes I want to see more in the culture.”