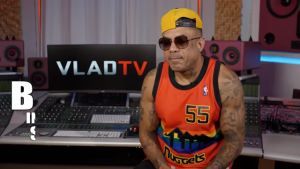 Benzino is the latest Hip-Hop figure to go sit on VladTV. During his visit, Benzino revealed The Lox received a green light from the Boston Police to kill him during their feud. Benzino says when the beef was squashed, Jadakiss told him what Boston PD said.

Previously, Styles P stated the same details in a different email. Could you believe that entire fight started over a thrown ketchup packet? You can hear Styles here and the latest from Benzino below.

The post [WATCH] Benzino Says Boston PD Told The Lox to Kill Him appeared first on The Source.