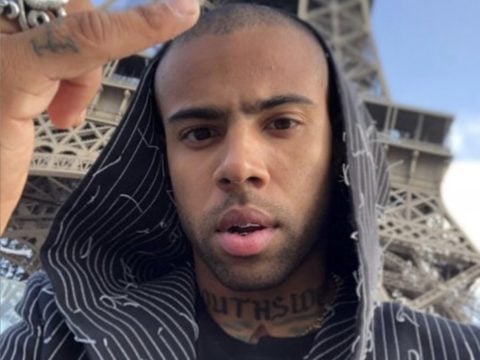 “Recently I did a freestyle for the BET Hip Hop Awards cypher addressing and condemning rappers who unabashedly abuse women and those who stand up for them and even call them legends. I stand behind that statement. It was pre-recorded weeks ago and I had no idea a grieving mother would be in the audience to honor her loss son. I never intended to disrespect her and I often my deepest condolences for her loss at the hands of gun violence. However, I vehemently reject the trend in hip-hop of championing abusers and I will not hold my tongue about it. I don’t give a f*ck about getting attention. I care about bringing awareness and holding people accountable for their actions.”

Protect women. Domestic & sexual abuse are not excusable because you have talent or you are troubled. With that said I was not aware his mother would be in attendance & I offer her my deepest condolences.

“When I seen XXXTentacion and R. Kelly get pulled off of playlists on Spotify, I thought, at that moment in time, ‘Where does this go?’ Are you doing this because, are they convenient or is this policy? That’s the problem. Don’t do anything. Do you want to be happy or do you want to be right? … It’s actually unfortunate that Spotify is now the guy standing in front of all this, when other streaming services have followed suit. Don’t we always separate the art from the artist? Haven’t we always done that? So, if you’re going to make it a policy, then I have to start going through the list and now it’s not convenient, because now we gotta be like, ‘How about this, we’re f*cking not playing Michael Jackson.’ I mean, we’re just not.” (Hot 97)

As for the new policy itself, Top Dawg Entertainment President Punch responded, “Whoa. Are they censoring the music? That’s dangerous. It’s a super-sensitive topic; a conversation needs to be had. There are way too many variables.” This was underscored by multiple reports of demands from activists to remove other artists from playlists; the organization Ultraviolet, for example, called for both Chris Brown and Eminem to be similarly moved off Spotify’s main real estate. (HITS Daily Double)

The post Vic Mensa Addresses Dissing XXXTentacion W/ BET Hip Hop Awards Cypher: “I Was Not Aware His Mother Would Be In Attendance” appeared first on SOHH.com.