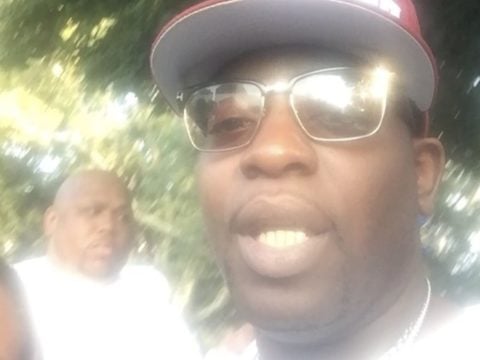 G-Unit‘s Uncle Murda is way too savage for his own good. The hip-hop veteran has reacted to his New York City hometown not experiencing a weekend shooting for the first time in 25 years.

Murda went to Instagram Tuesday (October 16) with a ruthless reaction to his recently released “Get The Strap” single.

According to reports, last weekend became a historic 48 hours in the Big Apple with no one getting shot for the first time in at least a quarter-century.

From Friday, October 12, through Sunday, October 14, not one shooting was reported throughout the city’s five boroughs, according to police. Mayor Bill de Blasio called the achievement “extraordinary” on Monday while speaking at a graduation ceremony for newly sworn NYPD officers. “A city of 8.6 million people — not a single shooting for three days,” he said. “Let’s thank the NYPD for what they’ve achieved.” (CNN)

A few weeks ago, Uncle Murda dropped his hard-hitting “Get The Strap” music video.

The post Uncle Murda On NY Not Having A Single Shooting For First Time In 25 Years: “Get The Strap” appeared first on SOHH.com.