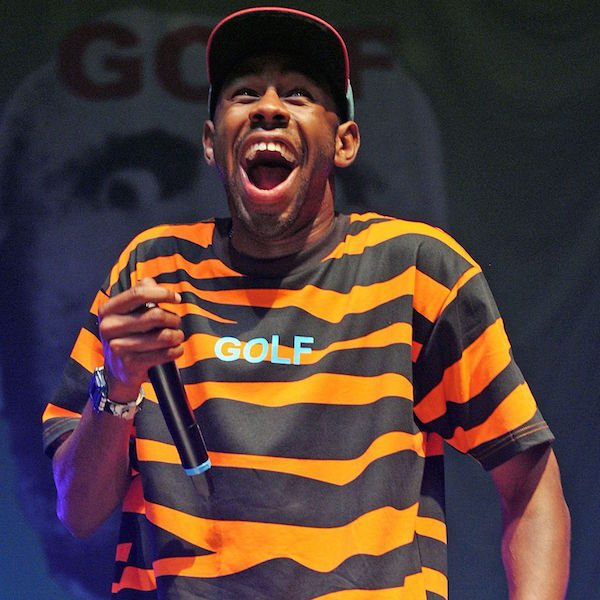 No one interviews like Nardwuar and he recently linked with Tyler, The Creator for a third time. We get a better look at what makes the leader of Odd Future tick musically.

As spotted on Hot New Hip Hop the two reunited once again in Vancouver, British Colombia. The wacky media personality invited Tyler into Neptoon Records; one of the most frequented vinyl shops in the area. While it was expected that the Human Serviette reward him with obscure treats it was the California native’s responses that made the 16 minute plus clip memorable.

In it Nard gifted him records from bands including Bad Bascomb and The Winstons he sampled on “What’s Good” and “Pigs” respectively. From there they briefly discuss his approach to breaks. Even though the subject matter is switched up to some rather nonsensical topics hosting the interview in a room surrounded by vinyl proved to be wise. Out of nowhere Tyler spots a “In Square Circle” LP by Stevie Wonder, with only the spine of the album showing, across the room. The “Earfquake” rapper explains the album’s significance and why it is a special release within the Wonder discography.

Other noteworthy moments include his reaction to a Justin Beiber pillow (“It wouldn’t be the first time I laid on him”) and a Fresh Prince Of Bel Air toy (“This ni*** buff”). You can watch the interview in full below.