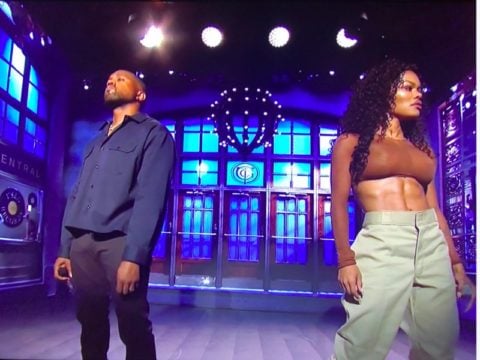 Grammy-winning rapper Kanye West didn’t pull through on “Saturday Night Live” empty-handed. After hitting the stage with Lil Pump for their “I Love It” smash, Yeezy brought out surprise performer Teyana Taylor.

Ye and Taylor hit the stage after midnight to perform their “We Got Love” smash.

@kanyewest @TEYANATAYLOR in that #SNL grind! Nice bounce back!

Earlier in the night, Kanye and Pump linked up to perform a censored version of “I Love It.”