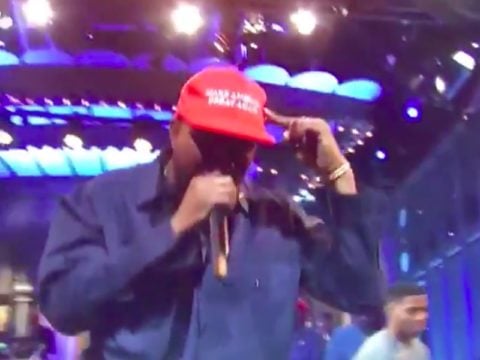 Moments before the show’s credits came on, Yeezy and Cudder performed with music stars Ty Dolla $ign and 070 Shake.

And it keeps going… still can’t

that #MAGA hat but appreciate Yeezy trying to force

@kanyewest @TEYANATAYLOR in that #SNL grind! Nice bounce back!