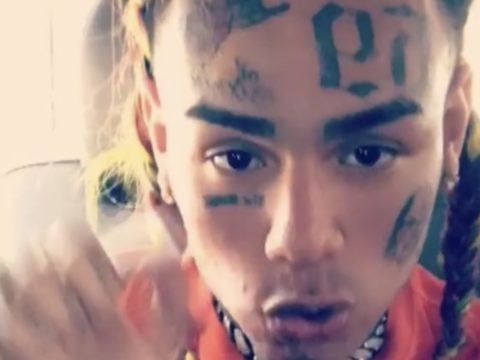 New York rapper Tekashi 6ix9ine isn’t backing down from Curtis Jackson. The hip-hop newcomer has fired back at shade coming his way from “Get The Strap” collaborator 50 Cent.

I’m going back to 50cent’s career anybody want something? #getthestrap

Instead of getting upset, 50 applauded 6ix9ine’s clip and said he’s focused again.

Ok my baby boy is back, he had on a sparkle jacket like puffy

l thought he was gay, saying he don’t want to be the KING OF NEW YORK but now he is focused. We are fine LOL #lecheminduroi