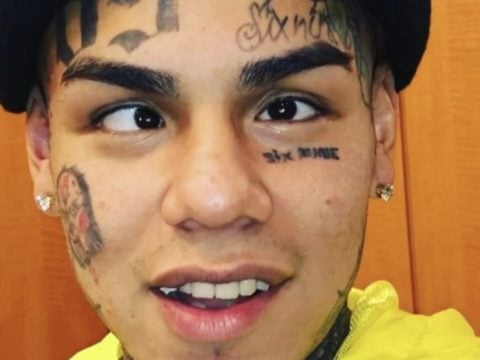 LOL – can't fake, this is gonna be wild! Hope @BobbyShmurdaGS9 gets a look in it!

STOOPID FT. BOBBY SHMURDA (ONLY AUDIO) IS OUT NOW

Last month, Tek revealed his interest in collaborating with 6ix9ine.

Over the summer, Shmurda shut down speculation about having any active issues toward Tek.

“No beef with 6ix9ine. No problems. I been hearing a whole bunch of crazy sh*t and me out of everybody, I should know better not to listen what’s going on. First of all, I seen all the colors in the hair and all that crazy sh*t I started laughing like what the f*ck is going on with this n*gga and you got to understand, this is entertainment – [they] want to paint their hair pink then paint your hair pink.” (This Is 50)