Thursday, Feb 13, marked the five year anniversary of Drake’s classic mixtape, If You’re Reading This Its Too Late. Quentin Miller heavily contributed to the mixtape and thought that his career had changed for the better after the project’s critical and commercial success. That was until Meek Mill accused Drake of using ghostwriters, specifically Miller.

Miller has stayed relatively quiet about the situation with Meek, only mentioning it in a few interviews since 2016. However, on Thursday, Miller took to Instagram to share his thoughts on the situation and its aftermath.

Miller begins the video by saying that a lot of people have been reaching out to him about the anniversary of the mixtape. However, Quentin is unable to have the same memories of the project due to Meek Mill’s ghostwriting accusations. “The day he put my name out there and just blew up my whole spot. That shit just fucked everything up for me, bro.”

Miller also claimed that the feud between Drake and Meek ruined his own relationship with DJ Drama and Don Cannon. He ended the video by asking artists and labels to give him another chance.

You can watch the full video below

The post Quentin Miller Speaks on the 5-year Anniversary of IYRTITL: ‘My good memories were all murdered…’ appeared first on The Source.

DaBaby relied on his Twitter page this week to address fans getting at him.

This week, Justin Bieber struck some nerves over a guest feature issue. 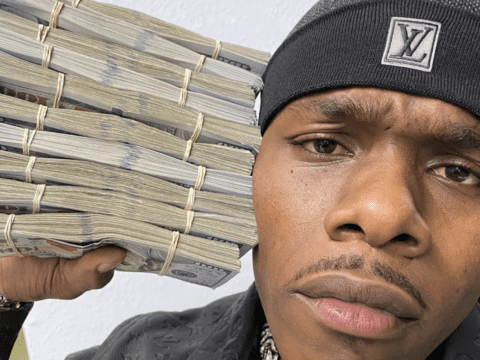 DaBaby relied on his Twitter page this week to address fans getting at him.

This week, Justin Bieber struck some nerves over a guest feature issue. 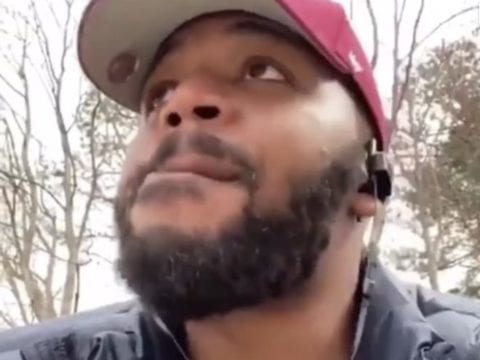 OVO Sound affiliate Quentin Miller is speaking out. The hip-hop artist – most known for allegedly helping ghostwrite lyrics with rap superstar Drake – has lit up social media with some direct words aimed at Drizzy’s former hip-hop rival Meek Mill. Watch and comment below!

The post Watch: Drake Affiliate Quentin Miller Roasts Meek Mill – “Y’All Buying That Bulls**t Since He Came Out Of Jail” appeared first on . 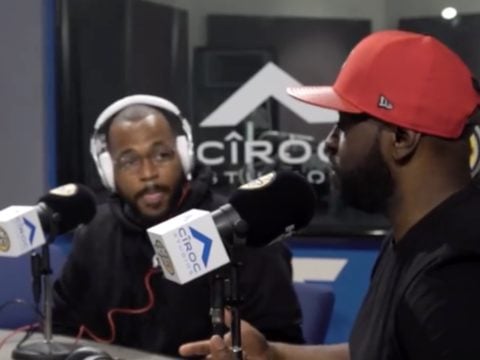 Rapper Quentin Miller has zero intent on working with the 6 God again. The hip-hop artist has come forward with a series of since-deleted tweets referencing his distanced relationship with rap star Drake.

According to reports, Miller revealed he isn’t focused on breaking bread with Drizzy ever again.

“Never doing anything with that guy again,” Miller—who shared the If You’re Reading This It’s Too Late cut “No Tellin” the same day—said, as spotted over at r/hiphopheads. The tweet was in response to someone telling him to link up with Drake again. Shortly after, Miller clarified his decision to delete the tweet in question. “I literally don’t even care for that to become a thing,” he said. “We’re finished.. he’s doing him, I’m doing me…point blank.” Miller added that fans should just enjoy If You’re Reading This. “That’s it tho,” he said. “Sh*t dead.” That tweet has also since been removed. (Complex)

Over the summer, Miller said close-ties to both Drake and his rap rival Pusha-T forced him to fall back on their war of words.

“When it comes to the Drake/Pusha thing, Complex did a timeline of their history beefing with each other. I can’t really say that one can’t diss the other. I feel like they’ve both kinda been taking shots at one another. Now when it comes to me in the situation, like I said, after the Meek situation – I’ve been out here on my own, building my own relationships, working with whoever. I met Pusha-T through Hit-Boy – when I linked up with him, I told him I’m trying to do my own thing – he always showed love. When it came to that, I couldn’t pick a side because I hadn’t spoke to ‘that’ side in years and this dude been a good dude to me this whole time.” (“Everyday Struggle”)

A few months ago, Miller released his “Destiny” song and referenced getting dragged into the Pusha/Drake dispute.

“Name drops, name drops, I hear name drops,” Quentin raps. “Old friends got suggestions/Nicki poppin’ off, she ain’t never met me/N*ggas got opinions and don’t even know me/I don’t even want the crown I’m just doing me/Mike WiLL, Metro, they ’bout as old as me/Want to be mentioned with them not just some old beef/If You Reading This was like 2015, I lost a leg in ’16/Look, if you can’t tell by now, I ain’t about the hype, I create waves” (“Destiny”)

Niggaz gon run that Quentin shit in the fkn ground like Drake don’t write 4 himself & OTHERS! Ya enemies will remix, reinvent & TRY 2make u RELIVE some old shit for YEARS 2 come when they have NOTHING ON U! Knock it off. Challenging the chosen ones only awakens the sleeping giant

The post Quentin Miller Says Him & Drake Are Done-Done: “Never Doing Anything W/ That Guy Again” appeared first on SOHH.com.

Amid a series of tweets Sunday that have since been deleted, Quentin Miller told fans that he had no intentions on working with Drake again.

“Never doing anything with that guy again,” Miller—who shared the If You’re Reading This It’s Too Late cut “No Tellin” the same day—said, as spotted over at r/hiphopheads. The tweet was a response to a fan suggesting that the duo should reconnect. Soon after, Miller deleted the tweet in question.

“I literally don’t even care for that to become a thing,” he said. “We’re finished.. he’s doing him, I’m doing me…point blank.” Miller added that fans should just enjoy If You’re Reading This. “That’s it tho,” he said. “Shit dead.” That tweet has also since been removed.

Elsewhere, Miller gave some backstory on Wiz Khalifa’s Laugh Now Fly Later cut, “Letterman.” The track, as per Miller, was given to Khalifa by a third party and was intended to be a single for Miller. “That’s the fun life [of] being a writer,” he said, adding a shout-out to Khalifa and expressing his desire to hopefully work with him “[for real] one of these days.”

Quentin Miller spoke with Rolling Stone recently and compared his involvement in the Meek Mill versus Drake feud to the Kanye West and Taylor Swift moment. “That was the first major thing I was ever a part of,” he said in June. “It was sort of like my Taylor Swift moment, and Meek Mill kind of Kanye-ed me. I got Kanye-ed by Meek, but it’s all good.”

At any rate, you can expect some new music on the way.