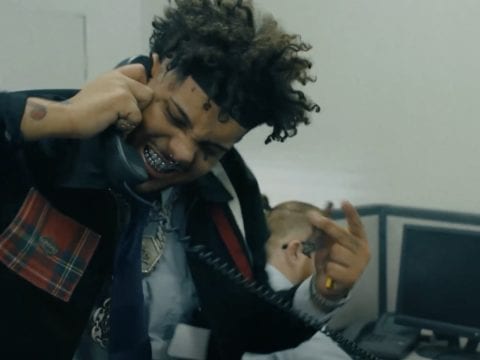 Florida rapper Smokepurpp sees himself as the head of state. The hip-hop entertainer has flexed his trolling habits by teasing what key things he would do if he replaced President Donald Trump.

On Friday, Purpp went to Instagram and teased the idea of entering the 2020 presidential face. Smoke said in addition to making cannabis legal he would resurrect low-key corrupt advertising website Backpage.

Back In The Day

In April 2018, the federal government took over Backpage.com. In addition to Backpage, it also went after similar sites.

Federal law enforcement authorities are in the process of seizing online classified site Backpage.com and its affiliated websites known for listing adult escort services. A notice that appeared Friday afternoon at Backpage.com says the websites are being seized as part of an enforcement action by the FBI, U.S. Postal Inspection Service and the Internal Revenue Service. (NBC New York)

This week, New York’s Governor Andrew Cuomo shared his thoughts on cannabis getting legalized in the Big Apple. He also explained why it’s remained an uphill battle for the state to make it legally available.

He seemed to take issue with the suggestion, arguing that it’s the federal government’s “obligation as part of managing this national pandemic that they provide financial relief to state and local governments, just the way they took care of the big corporations.” On marijuana reform, he said “I support legalization of marijuana passage. I’ve worked very hard to pass it. I believe we will, but we didn’t get it done this last session because it’s a complicated issue and it has to be done in a comprehensive way.” (Marijuana Moment)

In mid-May 2020, Smoke released his new “Off My Chest” music video. The visual features his longtime pal Lil Pump.