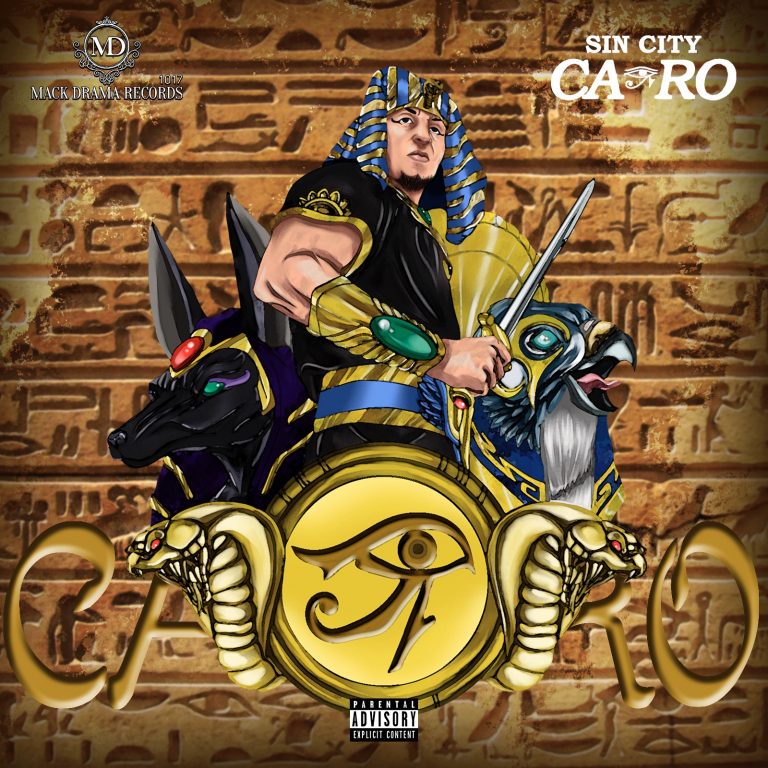 Sin City Cairo rolls the dice once again. The Las Vegas-native returns to follow up his previous album Dream Chasin with a new album, titled, Cairo. The Egyptian conceptual album returns the new artist to the crap table for a second chance at a big hit.

A seven-track collective, Cairo continues to grow as an artist on his latest effort. Tapping deeper into his abilities and discovering new rhyme schemes and flows to identify himself as an artist in today’s Hip Hop. Hailing from Sin City, you can bet the odds that Cairo will take big chances this album cycle to secure a potentially huge jackpot.

The album’s production is solid, properly hand-selected and made to explore Cairo’s creativity. Includes all of today’s trendy elements of bass and claps. Behind the boards, the producers give Sin City Cairo a path to greatness straight ahead.

Lyrically, Sin City Cairo shows us a few noteworthy parlor tricks in-between the lines. However, Sin City Cairo has a lot of bad habits vocally like lazy wordplay and draughts of empty flows too few and between. “Party on the Westside” is an album highlight while “She Ain’t For Me” is the album’s bad moment. Sin City Cairo keeps it short and sweet on the collective but he needs to play more to his strengths of story-telling like he did on Westside.

Portraying yourself as a king at any level in Hip Hop is tricky due to the fact that you will always have to convince others to follow your sound faithfully through consistency, aggression, and authority. Something an up-and-coming artist has difficulty maintaining the persona as they are in the process of searching for their own identity, leading to the motto of “the blind leading the blind”. However, Cairo’s lyrical abilities have grown fairly since his last outing but he still has a long way to go as an artist. Production could be the issue as it often finds it hard to fit with his vocal and often leaves him falling flat on the track no matter how good the bar(s) is. But the beautiful thing about Hip Hop is a project helps you grow and learn who you are as an artist.