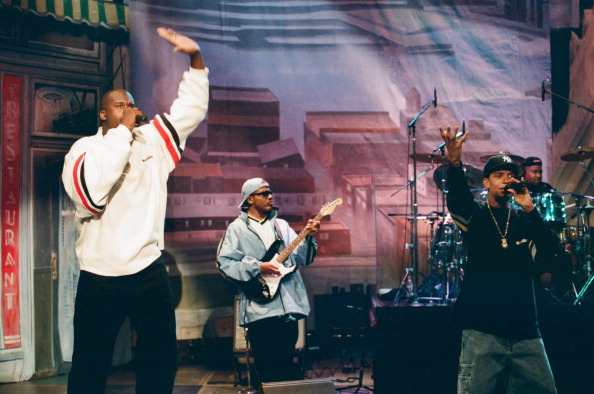 Damian Lillard‘s recent appearance on The Joe Budden Podcast led into an interesting discussion over rapping athletes in where the Portland Trailblazers All-Star said he rapped better than Shaquille O’Neal. After Shaq threw the first shot, Dame D.O.L.L.A. fired back with not one, but two tracks, prompting the Big Aristotle to release another diss track that gets a bit more gutter.

“You rap ’cause you need it dawg, I do it for sport. When you run I see that tampon string in your shorts.”

Yep, that’s Shaquille O’Neal hitting below the belt in his 2nd-round of a rap battle with Damian Lillard … where the Big Fella makes several comparisons between Dame and female genitalia.

In the new track, titled “Second Round Knockout Freestyle” … Shaq compares Dame to a “queef” and then says, “Why would I clout chase a dude with camel toe in the front?”

He also tells Dame to call him Dr. Diesel and says he plans to bring Lillard in for his annual pap smear.

There’s more … Shaq also goes after Dame as a basketball player — saying the dude sucks and has never won.

“I can tell in your flow that you’re rattled. How you a battle rapper when in your real job you ain’t win no battles?”

For what it’s worth, if Shaq isn’t employing ghostwriters, which Dame hinted at in his songs, it’s not bad stuff for a guy who really isn’t known for his bars. Let us know in the comments who you thought won.

Check out the verbal mud-slinging below.