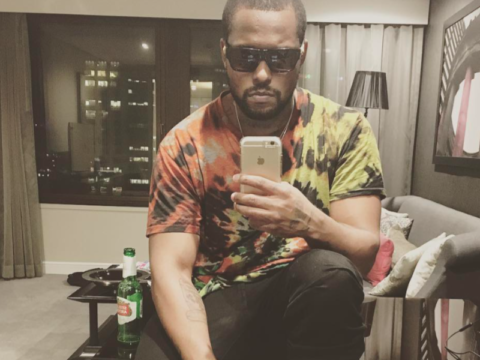 New footage has emerged of Q telling a crowd of concertgoers he’s not mentally ready to put out his first studio effort since 2016.

“You know I drop albums every two years, right? But listen, with my n*gga gone right now, I just don’t feel right putting out an album. As y’all can tell, I’m not my real self right now. I shouldn’t even be here right now. But like I said, my n*gga Mac would not want me to be in the house sad. He would clown me for some weird sh*t. I’m here today because it’s no way he would allow me to sit in the house and be a little b*tch. I’m not gonna be a little b*tch. I’ma go back, and I’ma figure out when I’ma put this f*cking album out, because y’all are going to get this album. I promise that. I’m just not ready to walk into the radio station and the first thing they ask me is, ‘So Mac Miller.’ I’m not ready to deal with those questions. So, right now, I’m not ready to put nothing.”

In August, Groovy Tony made a big return to IG with his first post in months.

In May 2017, Q teased fans with a status update on his upcoming solo effort.

“Shout-out to my brother from another, the original druggy with h*es, Ab-Soul and I just might have my album for y’all after SZA so I’m outta here.” (Ab-Soul’s Facebook)

A bit blurry but the announcement is clear AF! #ScHoolboyQ album in the wayyyyy! #TDE

The post ScHoolboy Q Announces Mac Miller’s Death Has Delayed New Album: “I’m Not Ready To Put Out Nothing” appeared first on SOHH.com.