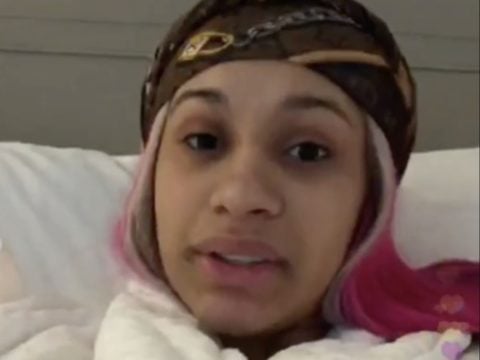 New York rapper Cardi B has a bigger sense of humor than you think. The hip-hop newcomer hit up social media to reflect on her now-infamous bout with rap rival Nicki Minaj.

Last night, Cardi went to Instagram to show a kid love for dressing like herself and referenced the head injury she suffered from the New York Fashion Week encounter.

@iamcardib KNOT at all. lol pic.twitter.com/QRjSQsVunc

On last Monday’s Queen Radio broadcast, Nicki Minaj exploded on Cardi and accused her of sending racist messages to a black woman on social media.

Last weekend, footage from the nasty face-off made its way across the Internet.

The post Cardi B Trolls Herself About Nicki Minaj NY Fashion Show Attack A Week Later appeared first on SOHH.com.