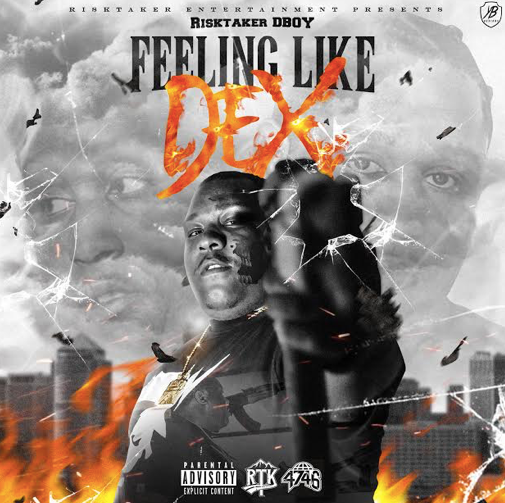 RiskTaker D-Boy has lived a life a crime since he moved to Atlanta to live with his Pops.

It was in prison, that D-Boy grew his craft spending time writing and developing his lyrics. Inspired by Eminem and Tupac, he pursued his craft once being released and returning to his hometown, Detroit, MI. RiskTaker D-Boy is dropped his debut project, Turnpikes and Tollbooths, in March 2019.

Now, he’s back, less than a year later with the mixtape, Feeling Like Dex. Stand out tracks include Body Bag ft. Snap Dogg and Helluva’s produced track, They Needed Us.

“I wanted to pay homage to Dex Osama. We have mirrored situations in our life,” says Risktaker D-Boy