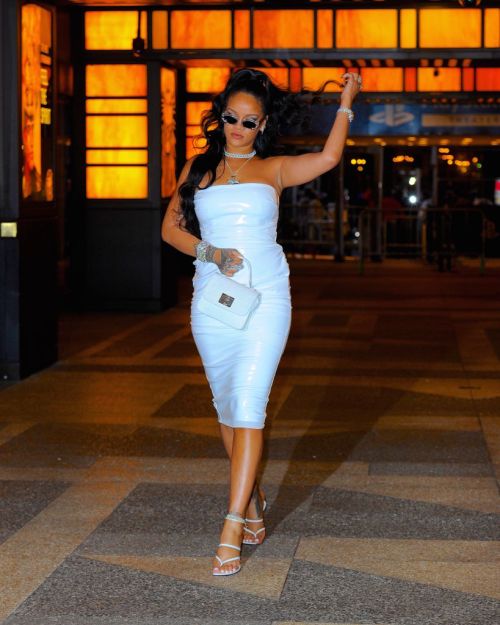 Rihanna has captivated the masses for years with her sultry good looks, but now she has packed on some grown woman thickness to go along with her formidable beauty. The Barbadian superstar currently has social media in a frenzy after stunting on ALL of us in a pair of videos that show off that she’s getting thicker than wintertime oatmeal.

In a pair of short vids posted to both her Twitter and Instagram accounts, Rihanna first posted a clip showing off her Savage X Fenty Diamond Bomb 2 body glitter, applying the product in a bikini top. In the following clip, it features Rih-Rih walking in slow motion to a song from BIA, “Best On Earth” featuring Russ, which Ms. Fenty declared as her “new fav song” which ended up with the Atlanta rapper catching some slander.

As one can imagine, the reaction on Twitter to Thick Rihanna giving it up for the masses and we’ve got those responses for you down below.

thank you @bia and @russ for my new fav song #BestOnEarth