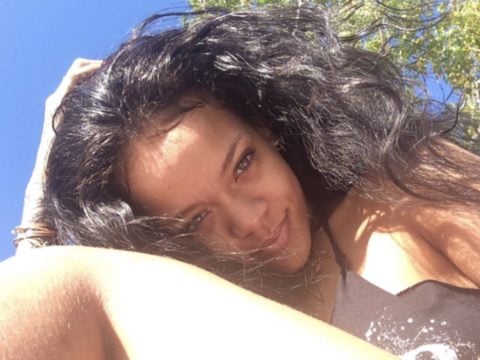 Grammy-winning singer Rihanna is out here working up sweats. The crooner has come through with a new teaser shot of herself donning some signature Savage x Fenty underwear.

Hit up SavageX.com now to shop the latest @savagexfenty holiday styles! Treat yourself or your loved ones with something NAUGHTY or NICE this season!!

We getting NAUGHTY-not-NICE this season! @savagexfenty just dropped The Ultimate Gift Guide to help you shop gifts for everybody in ya life !! Hit up SavageX.com to get 50% off everything for a limited time!

Recently, Rihanna joked about fans’ need to have her drop some new music.