Mike Will Made IT confirms Rick Ross and Lil Wayne for the Creed II soundtrack, which is set for a November 21 release, Creed II is the sequel to 2015’s Creed — a Golden Globe Award-winning film directed by Black Panther’s Ryan Coogler.

Mike Will Made IT confirmed the appearances on his verified Twitter and personal text with Rozay. 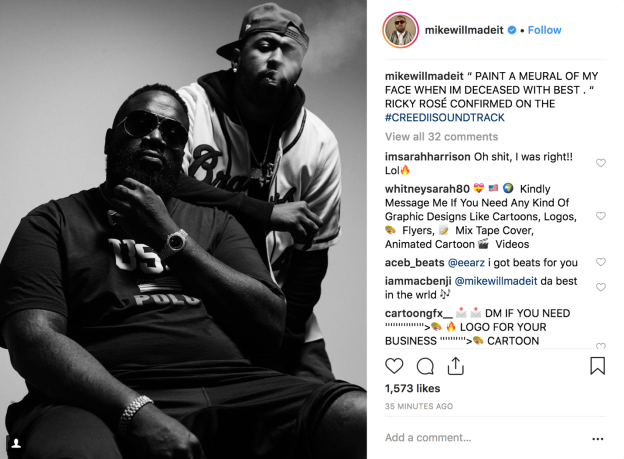 Creed II is slated for theaters alongside the soundtrack November 21.