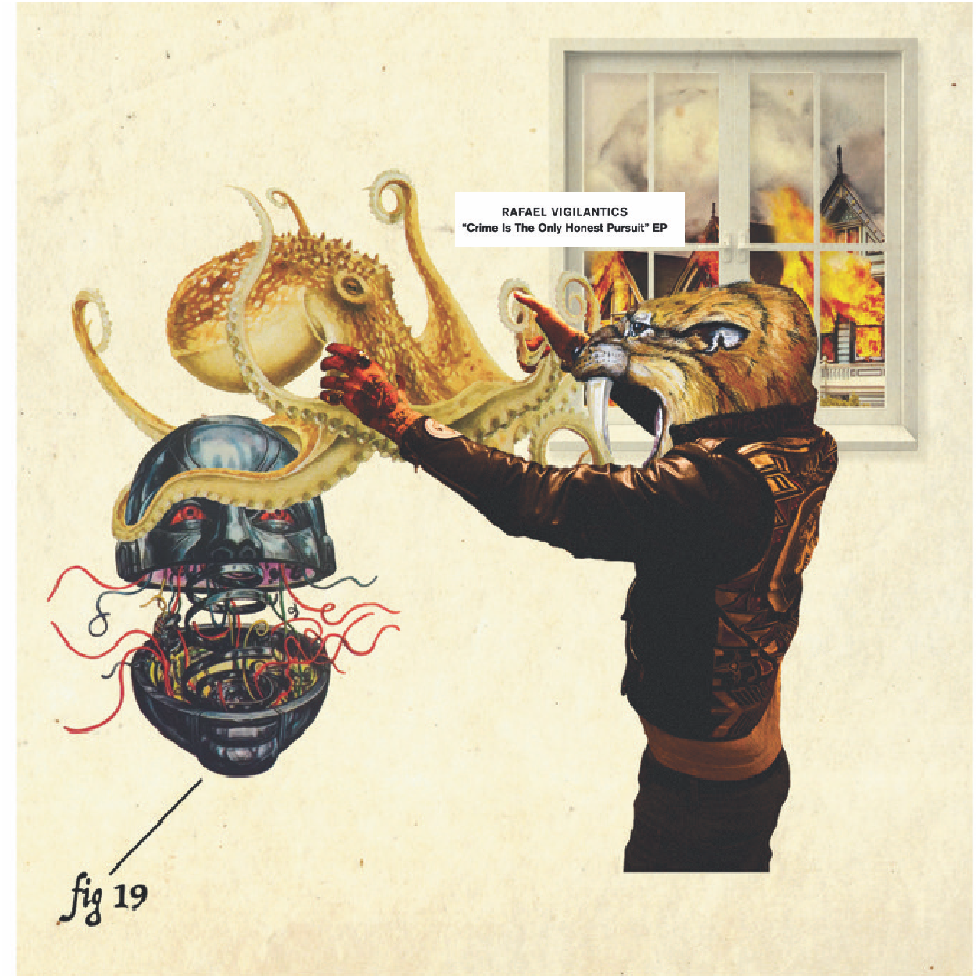 Andy Warhol said, “In the future, everyone will be world-famous for 15 minutes.” Today, his prediction would have been closer to the mark if he had said “15 seconds. Unlimited accessibility to exposure, self-promotion, and new levels of celebrity have created fame for some people, but the majority feel more unnoticed than ever.

Rafael Vigilantics’ new single, “All Lanes” laments the anonymity that accompanies a televised life, and the struggle to be more than an advertised product. “I belong to the blank generation,” he insists, defining both his natural habitat and the source of his anguish.

Vigilantics is an independent artist based in Los Angeles, but his roots in New Mexico clearly influence his music, as evident in “All Lanes.” Part psychedelic battle hymn and part hip hop rain dance, the track’s heavy beats match the intensity of lyrics, driving both song and message. This music may not conform nicely to a musical genre, but Rafael Vigilantics has created his own style of tribal/hip-hop/Americana that he wears like a second skin.

But Vigilantics, ultimately, is a wordsmith and visionary. His dark warnings, like, “Don’t let your screen be the brightest thing about you” seem to echo especially loud in an electronic world. In”All Lanes,” he insists that there is something worth fighting for, the loss of our attention span, the spark that makes our real lives better than our digital one. He makes us want to believe.