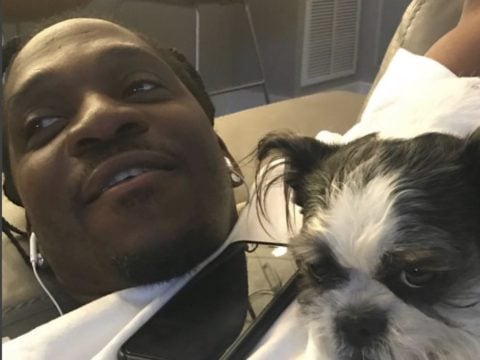 G.O.O.D. Music president Pusha-T is picking favorites. The hip-hop veteran has called his Daytona solo album the best project in his collection.

In a new interview, King Push put his Daytona album above his past releases.

“I feel damn good,” he says when asked about Grammy prospects. “DAYTONA is the rap album of the year. Best produced album and best lyrically rapped album. I don’t think it’s even a contest in those two areas, so I don’t see why I shouldn’t win it.” (Some 2018 albums he’s feeling besides his own, though: Victory Lap, Redemption, and Drip Harder). Six months removed from its official release, he’s even ready to place it number one in his discography. “Yeah, I like it better than My Name. Of [my] three albums, I would say Daytona is the best.” (Complex)

When it comes to who is providing the beats on the next go-round, as of now at least, it’s once again all Kanye-produced. “I’m going to see how he wants to finish this up. If not, I always got a heavy hitter list in my back pocket.” As for the songs he made with heavy-hitters like The Neptunes and The-Dream before Kanye re-made Daytona (plus Daytona tracks that didn’t make the cut last-minute like “Sociopath”), Push says he’s not one to shoehorn a fire straggler into an album if it doesn’t fit—he’s open to letting a few loosies go for the fans. (Complex)

[Pusha-T: 10 Things You (Still) Need To Know About Daytona]

A few months ago, hitmakers Pharrell and Fabolous saluted Pusha on his epic album release.

1 of the sharpest knives in the hip hop drawer.. Congrats to my brother @kingpush! #DAYTONA project is full of “that talk” Check it out NOW people!!

The same week, Pusha went to IG and reacted to his LP’s early success.

I love each and every one of you, thanx for your support… #DAYTONA #GOOD #DefJam