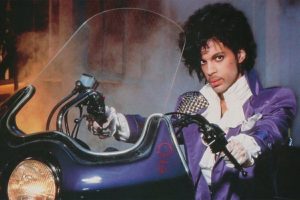 A federal appeals court recently ruled that a marketer had an implied copyright license to distribute marketing materials that contained photographic images of the late recording artist Prince taken by Prince’s longtime photographer.

Allen Beaulieu was Prince’s photographer from 1979 to 1984.  He shot album covers and three world tours for Prince.    In 2014 Beaulieu began working on a book of his photographs.  He hired Thomas Martin Crouse to help write stories and captions and later Clint Stockwell, who worked on scanning and storing digital copies of the photos.

In April 2016, Prince died, leading Crouse and Stockwell to expect that there would be increased interest in Beaulieu’s photographs. In May 2016, Beaulieu gave Stockwell several additional photographs to digitize for inclusion in the book. Stockwell sent an MP4 slideshow of selected photographs and a press release to several investors.

Beaulieu’s collaboration with Stockwell and Crouse fell apart, and Beaulieu demanded his photographs back.   His attorney was able to retrieve some from Stockwell’s home, but Beaulieu believed that Stockwell still retained a large number of them.  He subsequently filed a lawsuit against Crouse, Stockwell, his company, and Charles Sanvik, one of the investors who had received the slideshow and press release.

Beaulieu brought claims for conversion of his property, claiming that Crouse and Stockwell had taken possession of his photographs in a manner that wrongfully deprived Beaulieu of them.  However, Beaulieu could never provide the court with an inventory showing how many photographs he had given to Crouse and Stockwell, how many they had returned to him, or how many he alleged were still in their possession.  For this reason, the district court dismissed his conversion claim, ruling that it was too speculative as to the property he claimed to have been converted.

Beaulieu also brought copyright claims against Stockwell, alleging that Stockwell had copied his photographs without authorization when he had created the MP4 slideshow and press release.  The district court rejected this claim, finding that Beaulieu had granted an implied license to use the photographs for this purpose.   An implied license is one that is not written or given directly but which can be implied from the parties’ course of conduct.  Here, Stockwell had sent the slideshow and press release to Beaulieu ahead of time and described it as part of the book’s marketing plan.  Beaulieu had not objected, and had requested that additional publishers be contacted on his behalf.  Since Beaulieu was found to have granted an implied license for use of the copyrighted photographs through this conduct, his infringement claim was dismissed.  Beaulieu later appealed this issue, but the Eighth Circuit Court of Appeals affirmed the district court’s ruling.

Finally, Beaulieu brought a claim for tortious interference with economic advantage.  This claim requires that the “interference” must be “improper,” meaning it must be based on an act recognized by law to be wrongful.  However, because the court had already rejected the conversion claim and the copyright infringement claim, there was no “improper” action, and this claim was also rejected by the district court.