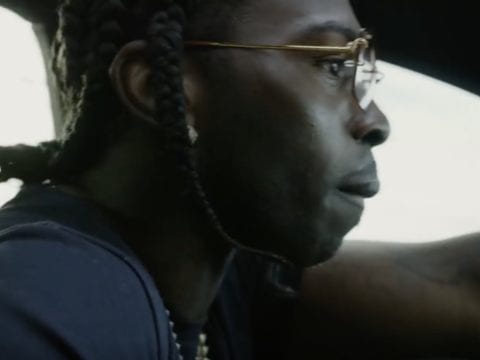 Brooklyn rapper Pop Smoke isn’t paying any mind to the rumors. The hip-hop newcomer has addressed his recent headline-generating arrest and bail.

Big Facts: On Wednesday, Pop hit up Instagram and shared a slideshow of pics holding onto stacks of cash.

High-Key Details: Recent reports claimed Pop’s mom had to put up her house to pay for his bail.

Now reports have surfaced noting the rapper pleaded not guilty during a hearing, and that his next court date will be taking place on February 3. Along with that, it was reported that Pop Smoke’s release was secured by his mom, who put up her house in order to ensure the release of her son. (VLAD TV)

In court documents obtained by Complex, Pop Smoke is listed as being charged with Interstate Transportation of Stolen Motor Vehicle. He’s alleged to have “knowingly and intentionally” transported the vehicle “on or about and between” Nov. 5 and Dec. 3 of last year. A separate report from TMZ cites law enforcement sources as claiming that Pop Smoke first met the car’s owner at a recording studio in Los Angeles, at which point a “verbal agreement” regarding use of the car in a video was established. The car was allegedly agreed to be returned the following day, though the report states that didn’t happen, at which point the car was called in as stolen. (Complex)

The post Pop Smoke Busts Out Racks + Racks: “N****s Said I Could’t Pay For My Bail” appeared first on .