Why do these rappers think that with all of the security to protect our country against terrorism, that they can casually board planes with guns?

Well, Florida rapper Plies was the most recent rapper to be listed as one of “America’s Dumbest Criminals”, when he attempted to board a Delta flight at Tampa International Airport when the TSA discovered that Plies, whose real name is Algernod Lanier Washington, was carrying a Glock with a fully loaded magazine in his carry-on luggage. 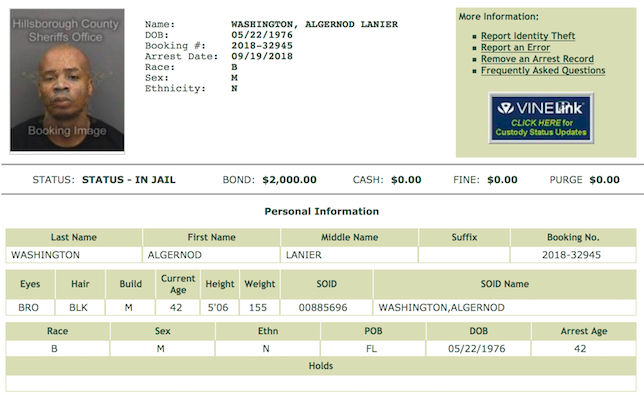 According to TMZ, Plies had no permit for the gun, and was arrested by airport police for carrying a concealed weapon, which is a felony in the state of Florida. He was in custody at Tampa International and was transferred to Hillsborough County Jail.

The post Plies Arrested After Found With Gun In Florida Airport appeared first on The Source.