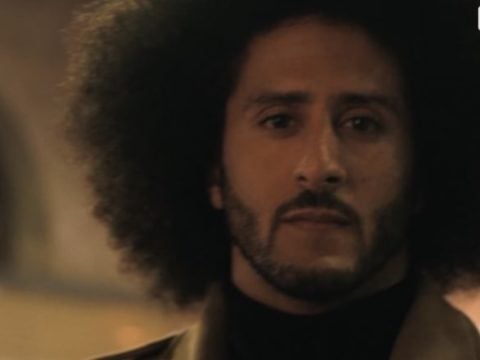 According to reports, Nike is winning across the board with Kaepernick as the face of its Just Do It launch.

Nike shares have surged 36 percent on the year, making the company the top performer on the Dow’s index of 30 blue-chip stocks. The run-up includes a nearly 5 percent increase since Nike’s Labor Day announcement that Kaepernick would be featured in its campaign, adding nearly $6 billion to the company’s market value. The stock continues to hover near an all-time high, which it reached in mid-September only weeks after some Nike customers publicly burned their shoes to express their displeasure at the new ad. (CBS News)

Well I mean I guess WE’RE on

As of mid-September, Nike stock went up over $80 for the first-time ever in its history.

Nike stocks closed at $83.47 Thursday for the first time ever just eight days after President Donald Trump declared that the company was “getting absolutely killed” because of “anger and boycotts” over its ad campaign. On Friday, shares closed in regular trading at $83.49, although the stock price slipped a bit in after-hours trading. (Huffington Post)

In addition to the stock leveling up, the iconic brand also experienced a huge jump in Instagram followers courtesy of the Kaepernick ad going viral.

Nike added roughly 170,000 Instagram followers around the timing of the release of its ad campaign, Wedbush Securities analyst Christopher Svezia said in a research note Friday. “Indeed, [Nike] management knows its American consumer well and the campaign featuring Mr. Kaepernick is a positive for the brand and likely its sales,” Svezia said. The company’s shares hit a record high of $83.90 on Thursday. Wedbush placed a 12-month price target of $90 a share on the stock. (CNBC)