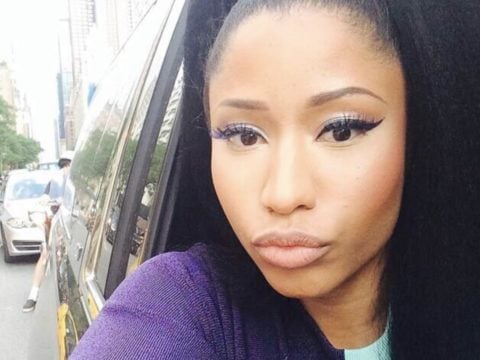 Young Money’s Nicki Minaj made sure to pull through on her promise to give $25,000 to Trader Joe’s employee Geoffrey Owens. The hip-hop star reportedly donated the stacks to the former “Cosby Show” actor.

According to reports, Owens decided to take the hefty bucks and donate it to a good cause.

Owens made the decision to donate the money, in full, to a cause near and dear to his heart and acting career. Geoffrey tells us, “I would like to give this donation of 25k to the Actor’s Fund in memory of the late, great Earle Hyman — who played Cosby’s father, ‘Russell’, on “The Cosby Show” — who lived his last many years and died at the Actors’ Home, (funded and run by the Actor’s Fund). I am extremely grateful to Nicki Minaj for enabling struggling actors to continue pursuing their dreams.” (TMZ)

A few weeks ago, Nicki announced her interest in giving Owens $25,000.

“This man is a whole f—ing legend,” the rapper said during her latest episode of Queen Radio on Beats 1. “That man is now getting so many opportunities, I personally want to donate $25,000.” Minaj also called out Karma Lawrence, the woman who took Owens’ photo at a Trader Joe’s in New Jersey where he was bagging groceries. (People)

The same week, Nicki penned an emotional message in support of Owens after his Trader Joe’s pic went viral.

WHO GOD BLESS NO MAN CAN CURSE!!!!!!!!!! When will y’all realize that you only curse YOURSELF when you try to humiliate & hurt people?!?!!! I wish I had a show, I’d do the same thing! But praise be to GOD that Mr. Tyler Perry & Queen OPRAH DOES have a show! A FEW SHOWS!!!!!

the internet is so toxic & disgusting!!! This man is a whole LEGEND in these streets!!!! Major part of our child hood!!!! Barbz, find the person who took this pic & uploaded it to the internet. I just wanna talk. They don’t want us working in between our acting jobs, they want us on drugs & doing home invasions on THEIR HOMES!!!!!!! That’s when they’ll be SATISFIED!!!! This man minds his own business!!!! He’s not on the internet being messy & seeking attention. Someone GOT PAID for this photo!!!! I can’t wait for #QueenRadio this week. I’m giving #GeoffreyOwens a small token of our appreciation. We will NOT treat our own like this for a cpl of fucking laughs & memes! I CURSE everyone responsible. You JUST WATCH!!!!!

Earning and honest living is a beautiful thing! #GeoffreyOwens sharing some great words!