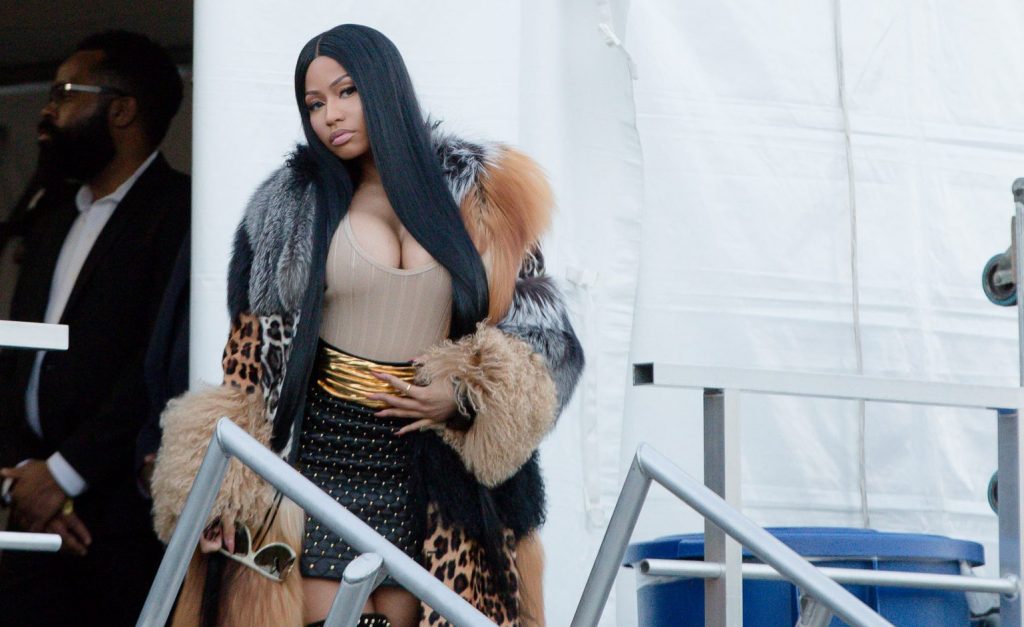 Nicki Minaj has been the bearer of fake news lately. From the abrupt announcement then retraction of her “retirement”, to her latest stunt, fans are understandably giving her the side-eye.

During an interview at her Fendi capsule collection launch on Rodeo Drive in Los Angeles on Tuesday (Oct.15), Nicki Minaj was asked by Entertainment Tonight if she and Adele would be joining forces in the studio anytime soon, to which Minaj responded that a collaboration was already underway.

“Yes and yes, yes and yes, wooo hoo!” Minaj excited stated. “But Adele made me swear to secrecy that I’m not allowed to tell anyone that I’m working with her. And that we already shot a video. And it’s an epic song! Ahh!”

Adele proved she can rap a Nicki Minaj verse, but will these two ever join forces?

Nicki says she was kidding, but we’re still Barbie Dreamin’ for a collab!

The announcement quickly gained steam as fans of both were overjoyed, but that joy was quickly diminished after Nicki announced that the big reveal was just a “joke.”

I thought everyone could clearly see I was being sarcastic. Sh*t! Now I have to go to Adele’s studio & steal some files. Who’s in the UK? I got a job for you

.” Would a Nicki-Adele collaboration work?”

I thought everyone could clearly see I was being sarcastic. Shit! Now I have to go to Adele’s studio & steal some files. Who’s in the UK? I got a job for you

While Nicki Minaj may be “joking” about her work collaborations, there is one collaboration that she is taking very seriously and that is her union with boyfriend Kenneth Petty. During an interview with E! News, Minaj revealed that marriage is definitely happening and it could be as soon as within the week.

“We’ve gotten our marriage license, but there’s a particular pastor who I want to officiate and so she was just made available as of today,” she said. “She told me she’s available within the next week, so we could be married in the next seven days.”

In August, Nicki Minaj announced that she and her boyfriend were officially engaged after revealing that the two had obtained a marriage license.

“We still had to pick it up and I was traveling, by the time I came back, we had to renew it again,” Nicki Minaj said at the time. “From that time, you have 90 days to get married. That was about a week ago, so now I have about 80 days.”

Although she has big plans for her family life, Minaj assured fans that the wedding wouldn’t stop her from releasing new music.