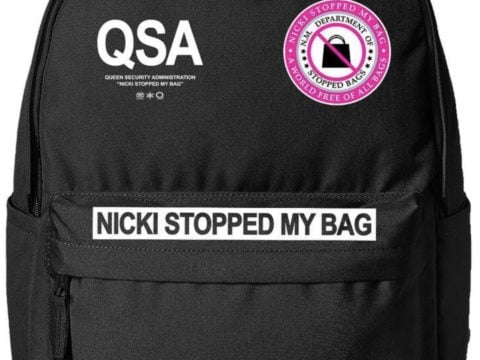 Young Money’s Nicki Minaj is keeping the promotion going on her Queen album. The hip-hop diva hit up social media to share pics of new backpacks and apparel.

Last night, Onika lit up her Instagram page with a slideshow of pics showing merch from her website.

In September, Nicki explained her frustrations toward rap star Travis Scott over an album sales dispute.

“The ‘C**k Sucka of the day is Irving Azoff. And I’m gonna tell you why – allegedly, he tried to put out a smear campaign against my tour, and contacted people in the media to spread negative things about my tour.” (Queen Radio)

Recently, Nicki Minaj exploded on Cardi B and accused her of sending racist messages to a black woman on social media.